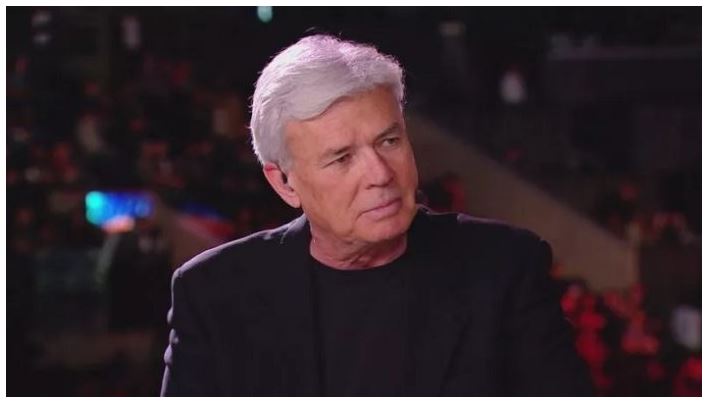 Bischoff also shared some stories and he talked about some of the wrestling news stories from that time.

Eric Bischoff discussed his falling out with Rick Rude

But once Rude took that check, part of taking that check meant that he was permanently disabled from performing in the ring as a wrestler. In order for Rick Rude to perform again as a wrestler, he would have to satisfy or return the lump sum of cash he received because he clearly was able to return.

He in fact became able to return at least in Rick Rude’s mind. So Rick Rude came to me and wanted me to pay off his Lloyd’s of London policy for the money he already received and spent. The money was gone. Rick received a lump sum and proceeded to spend that lump sum.

A couple years later when Rick wanted to get back into the ring, he said, ‘Eric, can you pay off my Lloyd’s of London policy so I can get back to the ring?’ As much as I like Rick Rude at the time, and we were personal friends, there was no way I could do that despite the ‘ATM Eric’ narrative.

Clearly, if I would have said, hey Harvey (Schiller), guess what? My buddy Rick Rude over here, we are going to write a Lloyd’s of London a check for $300,000 and then, by the way, I want to pay Rick $500,000 a year or whatever he was worth at that time as a talent in the ring. That conversion would have been a real short conversation with Harvey.

I wasn’t able to do that. That was the underlying tension between Rick and I that carried all the way until his unfortunate passing and why when I went to Rick’s funeral that certain members of his family were very upset with me because Rick expressed his frustration to them about me. He told them, ‘I can’t believe that Eric Bischoff won’t do this.

This is a stretch but I think part of Rick Rude’s issue with drugs and alcohol was the result of his frustration and the position he was in having cashed out on a Lloyd’s of London policy and realizing that was a mistake and not being able to fix it.”