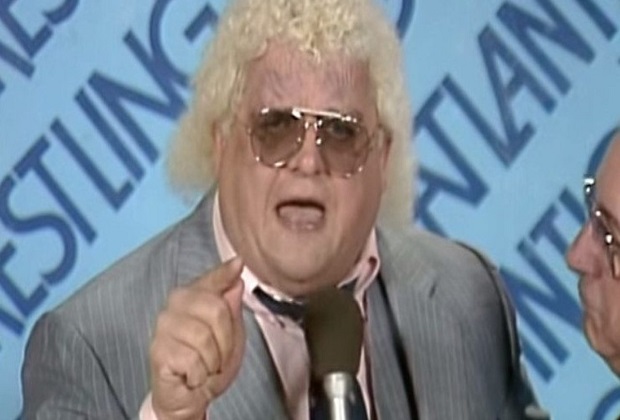 Former NWA World Champion, Ronnie Garvin recently sat down with Steve and the Scum on WGD Weekly for a great hour plus long interview. Garvin spoke about quite a number of issues including why Jim Crockett Promotions went out of business.

Highlights from Ronnie’s interview with WGD Weekly included him chatting with Steve and the Scum on a variety of topics including:

“…It was strictly politics. Dusty Rhodes was the booker and he was against it. You know, what are you going to do. He didn’t book me anywhere during the whole time I had the belt until the rematch because Dusty Rhodes was a very, very jealous guy when it came to guys getting over.

He was the wrong guy to be a booker. He is the one who put Jim Crockett out of business. He is the reason Jim Crockett had to sell and was losing his butt…It was the same thing with the Rock and Roll Express.

He couldn’t stand the Rock and Roll Express getting over like rock stars. I mean, girls would go crazy.

They had to have some protection for the Rock and Roll Express, the girls would attack them, just like rock stars, it was unbelievable.

So, Dusty Rhodes had to book himself with them as a six man tag team. But, the whole thing was politics, I didn’t care…I made money and then when the return, the belt went to Flair, and I was gone a short time after that.

People tell you it was a great moment. Yeah, it was ok, but I had a whole lot of better matches and better memories than being the World Champion.

The World’s Champion was probably the biggest paycheck, but so what. Like I said, its politics and it’s not driven by talent, it is driven by politics.

There was a lot of guys that like to be home bodies. They don’t want to be in California one night, and New York another night, and then go to Japan, or be in Puerto Rico another night.

It’s a hard life, and then they found a guy in Ric Flair that didn’t want to be home, he wanted to be all over the planet…they was basically what the world champion was, he was all over the place.

So, if you didn’t want to see your house just become the world’s champion so you didn’t know where you lived…”

Lana Berates Kayla Braxton For Being Jealous & Not Having A Boyfriend