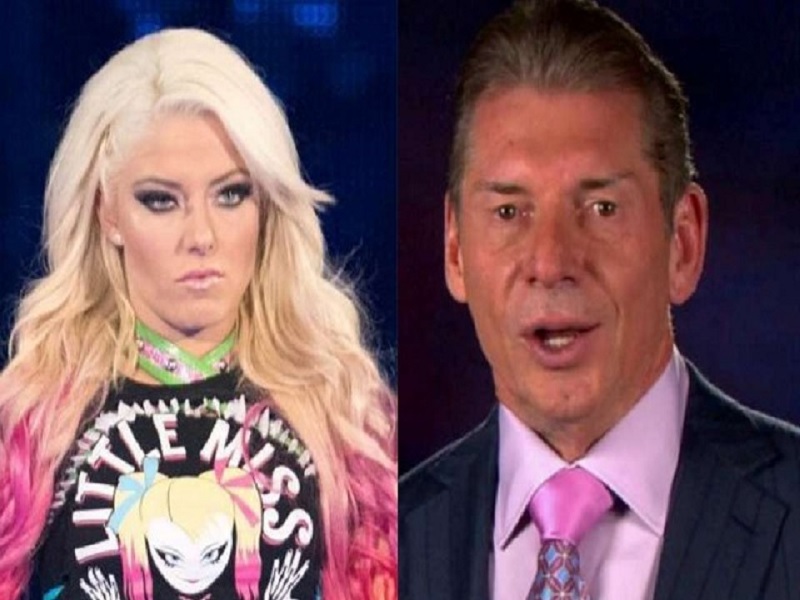 The latest report by WrestlingNews.co states that WWE CEO Vince McMahon was the one responsible for Alexa Bliss’ removal from this week’s RAW.

Alexa Bliss seemingly kicked off a feud with Charlotte Flair last week and fans were pretty excited to see what would happen next.

Bliss didn’t appear on RAW though, and Flair ended up wrestling a singles match with Nia Jax.

As previously reported, Vince McMahon was “the loudest and angriest they had ever seen” and tore up the RAW script on various occasions.

A source told WrestlingNews.co that there were plans for Alexa Bliss to appear on RAW, but she was removed from the show after McMahon ripped up the script.

Alexa Bliss targeted Charlotte Flair following her SummerSlam 2021 win, and it looked like the two stars would feud over the RAW Women’s Championship.

Instead, Flair faced Nia Jax in one of the most awkward in-ring presentations ever seen on WWE TV. The fight seemingly turned into a shoot and it made for a peculiar visual. Bliss later tweeted that she was present at RAW.

The Miz was also scheduled to appear on the show and was going to wrestle John Morrison. The former WWE Champion didn’t appear as well and the reason behind his absence isn’t known yet.

Vince McMahon has turned WWE into a global media giant over the past few decades. He has been instrumental in professional wrestling’s crossover into the mainstream.

RAW has been WWE’s flagship show over the years, but SmackDown has taken over as the company’s premier program with its move to FOX.

Alexa Bliss’ Emotional Tribute To Ex-fiancé – This is touching