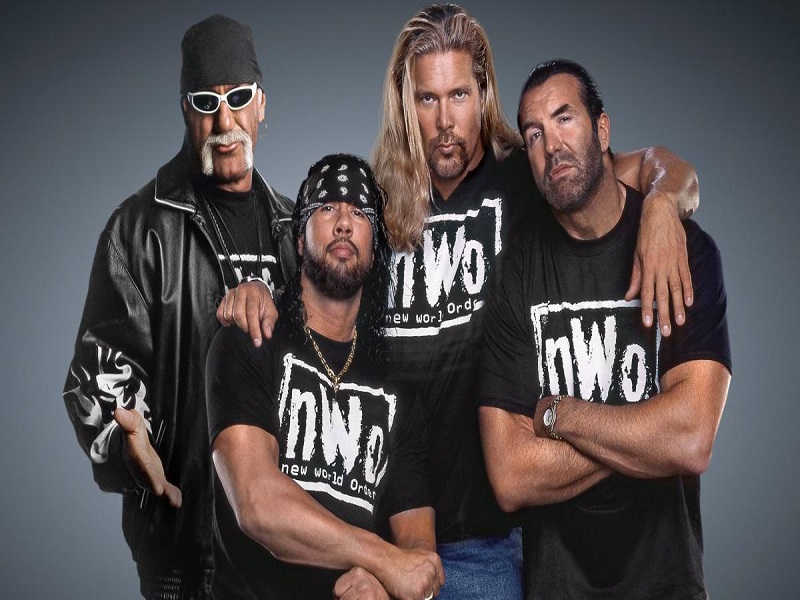 On the latest episode of the 83 Weeks Podcast, former WCW President Eric Bischoff spoke about the creation of the nWo and where the idea for the name came from.

While doing a watch-along for the WCW Monday Nitro before Bash at the Beach 1996, where the nWo was formed, Larry Zybysko on commentary spoke about the Outsiders interfering on the show and said “there will be a new world order in professional wrestling” this Sunday.

Bischoff candidly said he had never remembered hearing Zybysko mention the name of the group before.

“This is the first time in well over three years of doing this podcast where I am legitimately and pleasantly surprised at something,” Bischoff said. “I had not heard that until this show.

I have heard people make reference to ‘Ya well Larry Zybysko mentioned New World Order before Bash at the Beach,’ and I thought well maybe it’s one of those stories that float around wrestling because I didn’t remember hearing it.

Clearly, I did. Undoubtedly I did. Consciously I didn’t say ‘Ou, that’s a good idea, we’re going to use that,’ but right here, right now, I want to clarify and correct by the way, 25 years of unintentional misinformation on my part.”

Bischoff said he truly just remembered subconsciously mentioning that Hall, Nash and Hogan’s group would be called the New World Order before ever hearing the reference to it. Bischoff made it clear that after all this time, Zybysko deserves the credit for giving the legendary trio their name.

“I didn’t know where it came from, it evidently made its way into my subconscious after hearing Larry use it first. I’m giving credit where credit is due here.

“Clearly, Larry Zybysko deserves all of the credit for coming up with the term ‘New World Order.’ I’m honest to goodness really pleasantly surprised to hear that, it’s fun and for years Larry hasn’t gotten the credit that Larry deserves and should get after hearing that.

I never went back and watched this show before. I’ve never seen that part of the show and I’m so excited to discover something new. It’s new to me, how cool is this sh-t?”