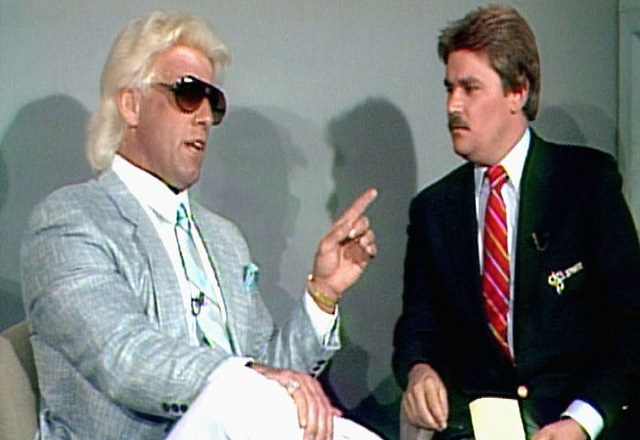 Long shared many stories from his career, including the story about the time in the late 80s when Ric Flair allegedly called him the N-word.

Long told this story a few years ago but he was asked by Nicholson if Flair ever apologized to him.

Long said, “No, I don’t think he has. I mean if he had I would know, no he hasn’t. Here’s the thing about that. Sometimes people don’t apologize like come up to you and say they apologize.

He continued, “I didn’t really expect that and I don’t really care because I put that all behind me.

Like I said, I’m just telling the truth. It is what it is, that’s what happened.”

When Nicholson asked for details on the story, Long said the following: “One time in Knoxville, Tennesse I think and I know there were some girls that were trying to come into the back of the arena and then I think he was maybe at that door and they said some girls threw me under the bus.

I don’t even know who they were, I was refereeing.

So he runs into me and the next thing I hear him say to me is “N, do you like working here?”

Nicholson said Tony Atlas said that it wasn’t uncommon to hear that word used in wrestling dressing rooms in the 80s.

Long said, “You say what you want to say, just don’t put your hands on me. That’s when you got a problem. Like I said, I got so used to hearing that…”

Long said that sometimes people would use the word as a test but he didn’t let it get to him.