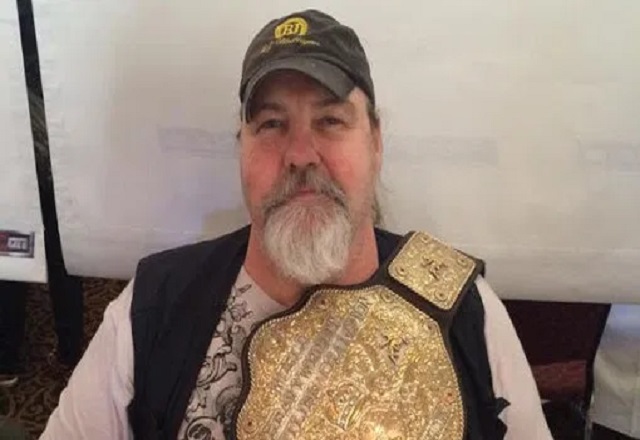 According to Prowrestling.net, Former NWA World Heavyweight Champion Barry Windham is currently hospitalized in an intensive care unit in Florida.

Windham, reportedly suffered either a stroke or heart attack within the last 24 hours. There is a claim that he was discovered fallen and awake but suffering.

PWinsider.com is reporting that Barry Windham was rushed to a hospital after suffering a heart attack.

WWE Hall of Famer posted a notice on Facebook asking fans to keep Windham in their prayers.

“I have a son near death,” someone posted from Robert “Blackjack Mulligan” Windham Facebook page according to Slam Sports.

Windham, who has held several titles and performed in various wrestling organizations, broke into the business at the age of 19 after being trained by his father and former world champion Harley Race.

His career took him across the country and the world competing with and against the biggest names in the business.

Windham is possibly best known for his place in the iconic wrestling stable the 4 Horsemen. In 1988, Windham, while wrestling for the now defunct World Championship Wrestling, turned heel and joined the group along side Ric Flair, Arn Anderson and Tully Blanchard.

Windham jumped between the WWE (then WWF) and WCW several times over the years and after retiring from in-ring action, he worked with WWE as a producer.

Windham most recently appeared at the Legends Of The Ring convention in Monroe, N.J. on Oct. 8.

He reportedly has two children and no further information on his condition was immediately available.