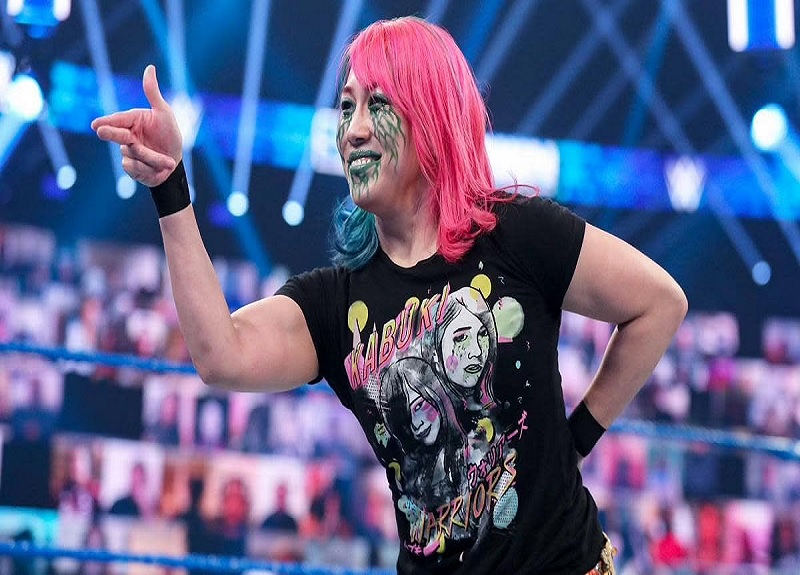 During her time with NXT, Asuka compiled an incredible winning streak as she defeated everyone that stepped up to her. On the main roster, she also won the WWE Women’s Tag Team Championships with Kairi Sane and Charlotte Flair.

It is revealed that Asuka has established her place as a dominant Superstar in WWE. She is a former two-time WWE RAW Women’s Champion and has won the SmackDown Women’s Championship once.

Observably, it has been weeks since Asuka was last seen on WWE TV. The former RAW Women’s Champion last competed on WWE back at the Money in the Bank pay-per-view in July when she competed in the women’s ladder match.

In a previous social media post, Asuka let fans know that she finally got her tooth replaced after it was knocked out a few months back. During a match against Shayna Baszler, Asuka’s tooth was knocked out on an episode of RAW.

In the tweet, Asuka was also seen wearing an arm sling. It means that The Empress of Tomorrow is still nursing her injury, despite no official report suggesting that the former RAW Women’s Champion is indeed injured.