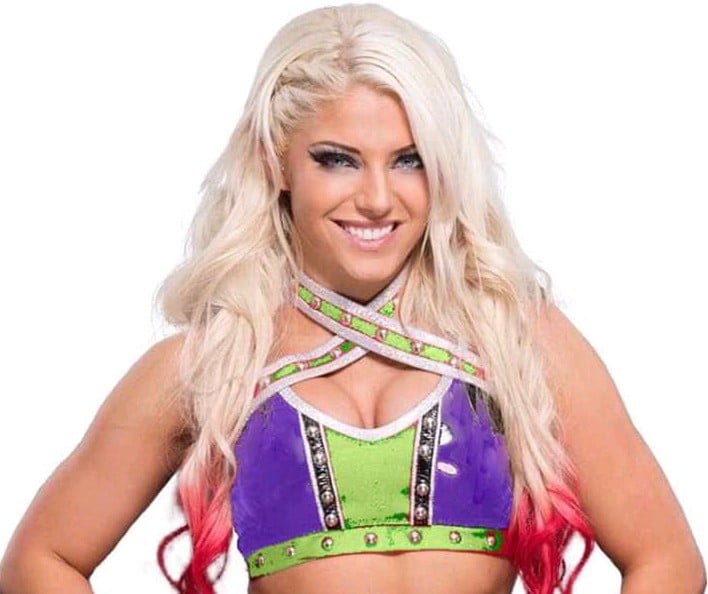 Former WWE Superstar reveals she is jealous of Alexa Bliss. She wanted the character that was eventually given to the former RAW and SmackDown Women’s Champion. Alexa Bliss’ current character is a far cry from what she originally started as in the WWE. However, a storyline involving Bray Wyatt and his Fiend changed everything about the Goddess and turned her into the very character that she has become now.

Speaking on the Those Wrestling Girls podcast, former WWE star Chelsea Green revealed that she really wanted to play the character that went to Bliss instead and even pitched to partner with them. Unfortunately for her, nothing came of it. She also added that she would forever be jealous of her for that.

Former WWE Superstar reveals she is jealous of Alexa Bliss

“Trust me, I tried, I really tried. And when I saw Alexa Bliss do what she’s doing, I’m so happy for her, but I have forever been jealous of that character. Because I know that that is the exact type of character I would’ve thrived [in] if I was given it. But, you know, that’s the crazy thing about wrestling.”

“[The Hot Mess character] would’ve been perfect! Trust me, I tried for so long. And I also thought if it was just The Fiend and Alexa Bliss, before Lilly, they could have a third person because Alexa wasn’t really wrestling at the time, she was kind of just going along with The Fiend. So, I thought if they had kind of like a woman they could puppeteer, that could be me and I could still wrestle in the Women’s Division and we could impact both the males and females.”

WWE RAW: New rivalry between Alexa Bliss and Eva Marie may be unravelling

After the controversial return of Eva Marie, fans have quickly established the dynamic between her and protégé Piper Niven. Since Marie introduced Niven’s new ringname Doudrop, she has barely lifted a finger. This whole idea of the ‘EVAlution’ is essentially the pink-haired star’s ticket to enjoying wins without actually wrestling herself.

Last night, the duo was interviewed by Alexa Bliss at her Playground, but sparks quickly flew between Marie and Little Miss Bliss.
Marie took offence to Bliss saying: “I wasn’t really asking you, the question was for Doudrop because she was invited to come on the Playground and you weren’t. But it’s okay because you’re like a surprise bonus.”

This didn’t sit well with the star who brands herself ‘the face of Monday Night RAW’. After dissing Bliss’ setting and storming off the Playground, the two clashed later on the red brand during the Fatal 4-Way match.

Although Marie and Doudrop weren’t scheduled to fight, the two appeared ringside during the four-woman clash and distracted Bliss, who made an advance on Marie.Marie’s right-hand woman Doudrop dealt with the situation by throwing Bliss over the barricade and sending the message that no one will get to Eva Marie while she is around.

Was this a big mistake from the EVAlution? Bliss is capable of some terrifying things and is a fierce fighter. Has a new rivalry just started up on Monday Night RAW?