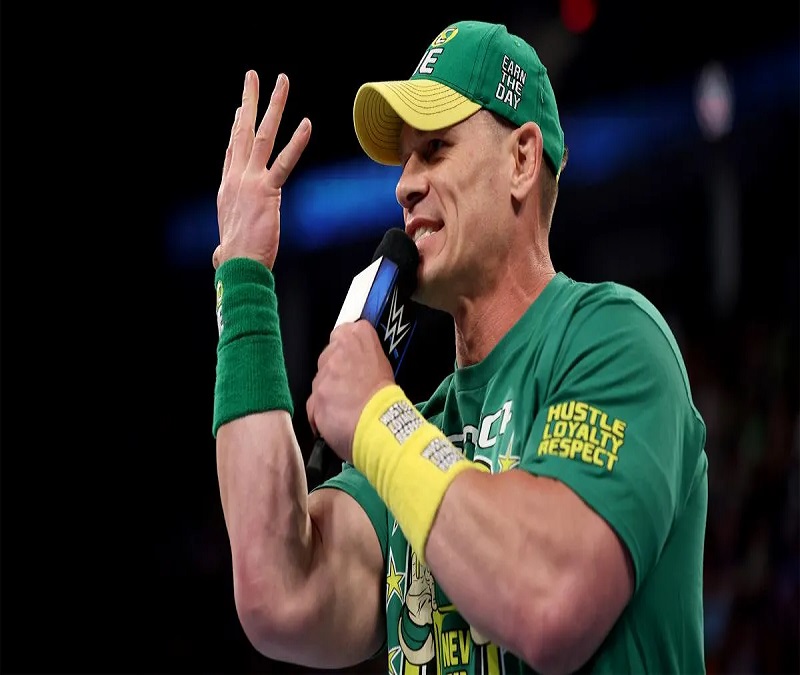 In an appearance on That Scene with Dan Patrick, WWE star and actor John Cena compared the differences between wrestling and acting. After once thinking the two couldn’t be any different, Cena has come to find their similarities.

“You know I used to think they were so different,” Cena said. “And now, looking at them from a different perspective, I think they’re very similar. Being able to certainly get into character and create a sense of realistic believability, plausible reality, we both tell stories. I think it’s just a matter of the volume you tell the story. A lot of the stuff on the big scene, what you see on big screens, nuances mean the world.

“In WWE, we were just in Allegiant Stadium and the third mezzanine is sold. I have to let that person know what the hell is going on. So you really have to be broad with your reach and animated with your delivery.” Patrick later asked Cena who was the best in-ring actor that he had ever come across. Despite working with several crossover stars, Cena named his boss and WWE’s owner as the best.

“Vince McMahon,” Cena said. “This is his thing and he took it from being a regional thing to national and global. He gets it because he created it. The way he walks, the way he talks, his run as the Chairman in the middle of the Attitude Era, evil Vince, he’s made for it. And he gets it. Like he puts ego and self aside and goes out there and gives everything to it.”

Cena also talked about the evolution of WWE from a wrestling product to one more focused on sports entertainment. He believes that transition has allowed WWE to have more reach in pop culture than it did during its greatest heights several decades ago.

“I think it had something to do with, I say I think because it’s complete speculation, if we were entertainment we could be in more places and do more things,” Cena said. “And I think that’s why we admitted its entertainment. A lot of the mystique used to be around whether it was real or not, and that was twenty, thirty years ago. So we’re still going strong with a larger reach than ever. It just goes to show that people just want to be entertained, they just want a chance to escape.

“I think what WWE offers, better than anything, is because we empower the fans to be a superstar. We shoot the audience, they make their signs. There’s been broadcasts I’ve been on where audiences hijack the show. Just so loud and disruptive. WWE offers a release, an escape. Just a chance to go out in and lighten that backpack, and have some fun.”