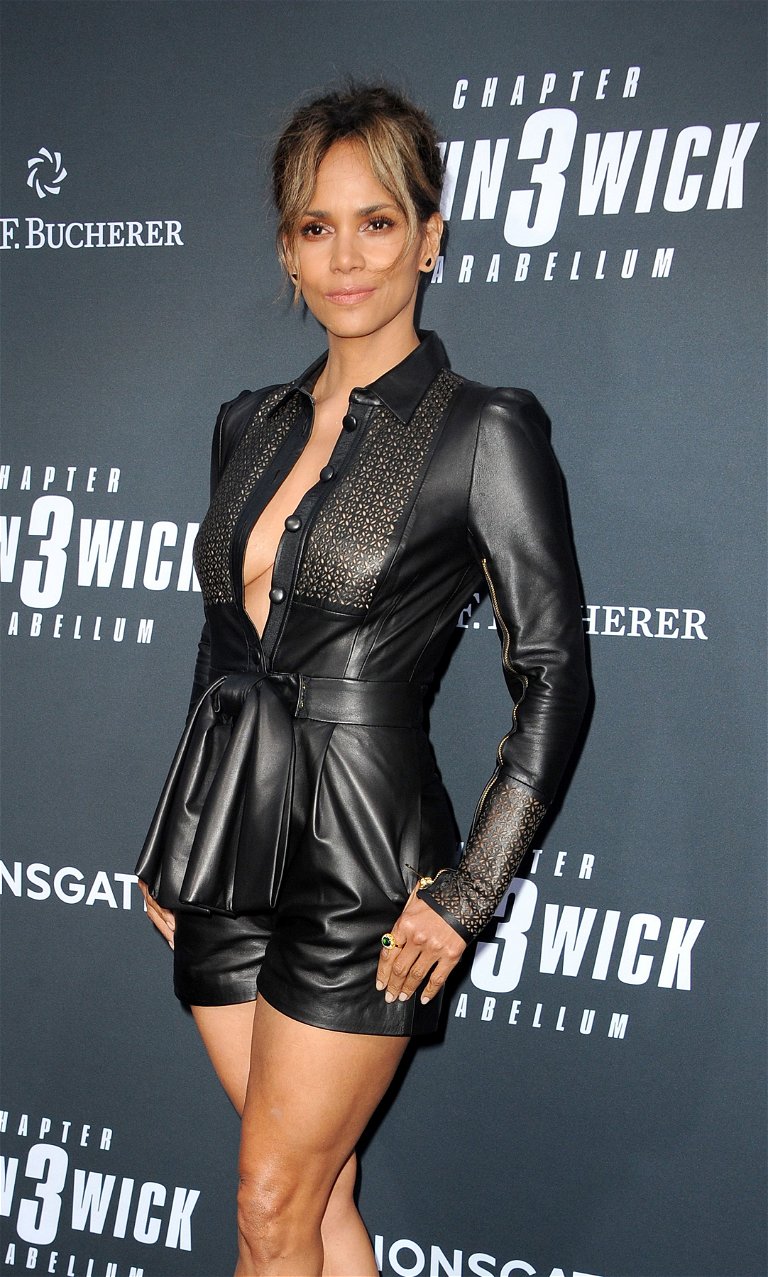 Halle Berry was perfection personified as she posed up a storm in a dazzling gold sequin jumpsuit for her latest Instagram share. Wearing Amen, the 55-year-old Hollywood star defied her age in a plunging one-piece with a cinched waist, ditching her bra and delivering an eyeful of cleavage.

“Life ain’t always perfect but this damn jumpsuit is,” she wrote alongside a trio of photos captured at the seaside.Unsurprisingly, fans took to the comments in large numbers to voice their agreement and to shower the Bruised director-star with effusive praise.


Kicking off the slideshow with a full-body pic that showcased the outfit in all of its glory, Berry posed in a narrow passageway between two buildings. Captured in a dynamic stance with her legs apart and her arms stretched out to the side, she put her enviable figure on show from a low angle while standing with her back to the sea.

The Moonfall star then spotlighted her cleavage in a pair of close-ups that allowed viewers to see the sequin details on her jumpsuit.

Styled by her fashion-guru bestie Lindsay Flores, who does all of her red-carpet looks in addition to co-hosting the BFF-centered “Bad and Booshy” Instagram series with Berry, the outfit featured long, fitted sleeves, tight pants that slightly flared at the knee, and a daring neckline plummeting well past her chest. Every single element seemed designed to highlight her incredible figure, with the star’s killer abs left in full view of the camera.


A long necklace draped over her decolletage drew even more attention to her cleavage, catching the eye with a massive cross pendant. Berry added extra bling with double hoop earrings by Mara Paris, further accessorizing with a collection of Pasquale Bruni rings.

Sporting her new blond bob, which the actress debuted at the Critics Choice Awards last month, Berry finished off the eye-popping look with cream pumps. Her trendy hairstyle has been grabbing headlines ever since the event, and for good reason, as the movie star looks more gorgeous than ever!

Needless to say, her latest Instagram post was a huge hit with her followers, snagging over 335,000 likes. Fans and fellow celebrities alike flocked to the comments to leave her a whopping 9,600-plus messages, including Heidi Klum, Vanessa Hudgens, and Gabrielle Union.

New Hair On Fleek
Berry is currently busy filming Our Man From Jersey with Mark Wahlberg in London but the actress still finds the time to update her Instagram page and keep fans in the loop. Just last week, she posted a snapshot of herself and Wahlberg from the set of their upcoming Netflix movie, prompting loving remarks from Thandiwe Newton and Mario Lopez.

“Love you sis,” said the Westworld star, while the Saved by the Bell alum called Berry and Wahlberg “2 of my favorite people.”Before that, Berry was flaunting her blond hair and more in a pre-Easter photoshoot at the beach. Wearing nothing but black lace panties and a see-through organza coat, she upped her fashion game with fingerless lace gloves and stud-embellished butterfly sunglasses.