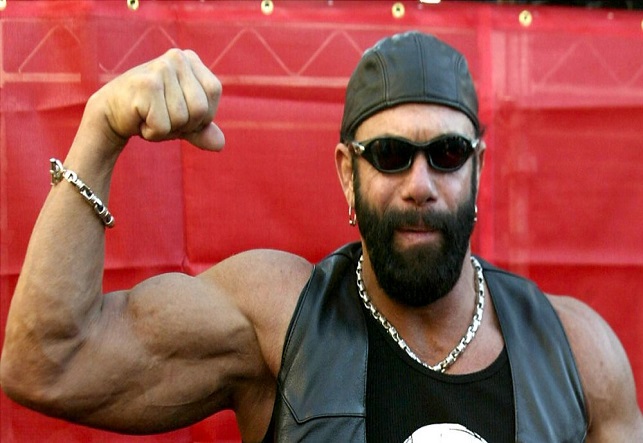 Oooh yeah! Randy Savage was one of the true greats of the pro wrestling circle — a talented performer with an arena-sized personality and enough charisma to actually use “Pomp and Circumstance” as his entrance theme and get away with it.

As Encyclopedia Britannica tells us, the colorful, gravel-throated Macho Man was a runaway success in the squared circle. At a time when pro wrestling was at the height of its considerable pop culture powers, he was one of the greatest the WWE had to offer.

From the later stages of his active wrestling career to the fatal heart attack he reportedly suffered while driving in 2011, he also dabbled in acting.

Now, here’s the question: How much money did he earn from such a storied career? Famous WWE wrestlers tend to be a mixed bag when it comes to money: Many of them are multi-millionaires who are worth a lot more than you think, while someone like Ric Flair might barely have $500,000 to his name despite the fact that he spent decades at the absolute top of the entire industry. So, which end of the spectrum did Macho Man fall? How much money was Randy Savage worth when he died?

Apart from a number of smaller federations, Randy Savage was a championship-level pro wrestler for both the WWF/E and its biggest competitor at the time, WCW. Celebrity Net Worth estimates that his years in the squared circle were extremely profitable.

In fact, if the WCW payroll numbers released by Chris Harrington are anything to go by, at the height of his might the Macho Man earned over $1.9 million per year, making him one of the best-paid stars in the entire federation — only Hulk Hogan, Bill Goldberg, Bret Hart and (on occasion) Sting could out-earn him.

It’s understandable that Savage’s pay grade was on the upper echelons of the roster. Apart from his undeniable charisma and talent, he was also a magnificent business tool, thanks to his famous gig as a spokesman for Slim Jim. In an interview with 411 Mania, Executive Producer/President of WCW Eric Bischoff noted that the mere presence of the Macho Man automatically brought an annual revenue of $1 million in sweet, sweet Slim Jim ad money.

What’s more, the company was able to use the highly visible Savage/Slim Jim relationship as a visible showcase for potential sponsors. As Bischoff puts it, the WCW could just point at a Macho Man match with plenty of Slim Jim signage and say: “See what we did for them? We can do this same thing for you.”

How much was Randy Savage worth when he died?

Macho Man Randy Savage wasn’t short for petty cash when he died, if you ask Celebrity Net Worth. The site guesstimates Savage’s net worth at the time of his death at around $8 million, the majority of which came from his tenures with the WWE (back then known as the WWF) and its competitor, World Champion Wrestling (WCW).

As Sports Illustrated tells us, Savage also had other sources of revenue, such as a (presumably lucrative) stint as a spokesman for Slim Jim snacks, and Complex notes that he also released a presumably less lucrative rap album in 2003 (more on that in a moment).

Now, what kind of career earns you a cool $8 million? Let’s find out! Hold on to your novelty sunglasses and garish cowboy hats, because we’re in for a wild ride …

Up next, we have Randy Savage’s adventures in the wild world of acting. As his IMDb page reveals, Randy Savage built up a truly astonishing collection of video and TV appearances during the 1980s and the 1990s. However, these were largely related to his Macho Man-themed day job, and it wasn’t until the mid-1990s that he started to expand his repertoire.

In 1996, he appeared in the era’s premier non-wrestling-related supplier of shirtless men in trunks, Baywatch, as well as used his famously guttural vocal talents to voice the alien wrestler Rasslor in Dexter’s Laboratory. This started a nice side career of cartoon voice work and sporadic TV show appearances, and though he never quite had a Dwayne Johnson-style breakthrough, he did end up with a successful tent pole movie in his CV.

If you’ve seen 2002’s Spider-Man, you might remember him as the terrifying Bone Saw McGraw, a hulking wrestler Spider-Man fights against.

WWWF Legend Passes Away at 86 — This is a sad event

At this point, it might seem like every single career move Randy Savage made was a smash hit, but that’s only because we haven’t discussed his rap album yet.

As Complex tells us, Savage’s star was on the wane in the early 2000s, and being a huge fan of hip hop, he decided to reinvent himself by starting a music career. Not content with your average, lazy “celebrity vanity project” fare, he was reportedly legitimately serious and invested in the project, and even toured quite extensively to promote his rap career.

Unfortunately, his 2003 album, Be a Man, didn’t exactly receive a warm welcome. This was likely something of a shock to Savage, as his brother, Lanny Poffo, says that the 50-year-old wrestler-turned-rapper legitimately believed his record would be a smash hit and sell like hotcakes.

Instead, it became a laughing stock and subject to scathing reviews that deemed the album to be a “physiological impossibility” because “it sucked and blew at the same time.” Ouch.

Randy Poffo, better known by his ring name Randy Savage’s death was recognizable by wrestling fans for his distinctively deep and raspy voice, his flamboyant ring attire, intensity exhibited in and out of the ring, his use of “Pomp and Circumstance” as his entrance music, and his signature catch phrase, “Oooh yeah!”

NWA NEWS: Jim Ross Says Dusty Rhodes Went Out On His Own Terms