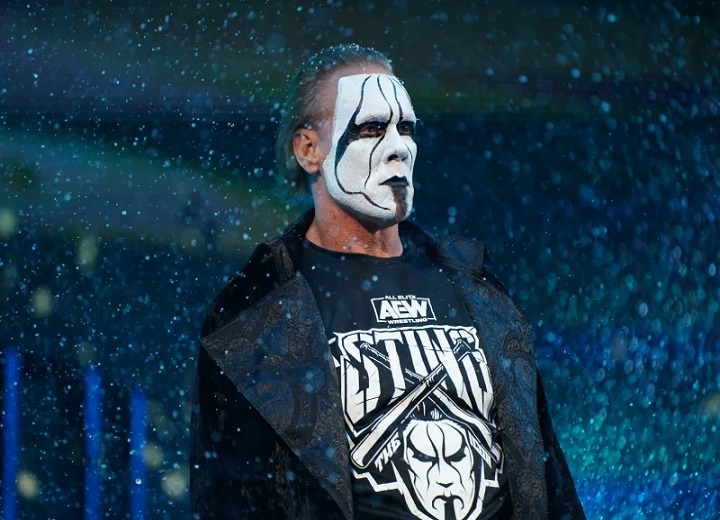 Back in the 90s, wrestling was as much of a sport as it was show business. Wrestlers used fancy gimmicks, lavish costumes, and shocking entrances to capture the interests of the audience. If we go back in time, some of the best entrances were of Shawn Michaels, The Undertaker, Owen Hart, and Sting. However, both WWE and WCW became much more careful about the entrance mechanisms after Owen Hart’s shocking death inside the ring because of a harness mishap. In 1999, Hart fell from 78 feet, landed chest-first on the top rope, and passed away due to internal bleeding.

Sting almost died during his entrance: Back then, Sting, under his ‘crow persona,’ used a similar entrance as he came down from the rafters. Once, he jumped from a helicopter. In an interview with WrestlingEpicenter.com , Sting revealed he almost died as he flew from Chicago’s United Center. He trained a few times before going down.

However, he noticed something was wrong with the harness. He told then-WCW manager Eric Bischoff how it was not going as planned despite trying four times. “I kept spinning real bad. And the stunt guy kept assuring me that the reason was because I wasn’t just sliding fast enough down the rope,” the ‘Franchise’ said. “I was sort of, you know, crimping with my hand, because, you know, it was scary, man.”

“I knew that if I ended up spinning, I knew that that was going to be the end of the career–you know, the laughing stock–and it would’ve been over. And when I stepped over, we realized we had the thing set up backward–so while I was standing on the edge we had to flip the rope around and then reweave it through.”

The fifth time he did it was in front of a live audience. He dropped down so fast that he even had second-degree burns on his hands. If Sting was not careful and did not insist on checking the things up, he would have had the same unfortunate fate as Owen Hart. Sting stopped doing his entrance for some time after Hart’s tragic death. Now, he has completely discarded the entrance as he fights at AEW.