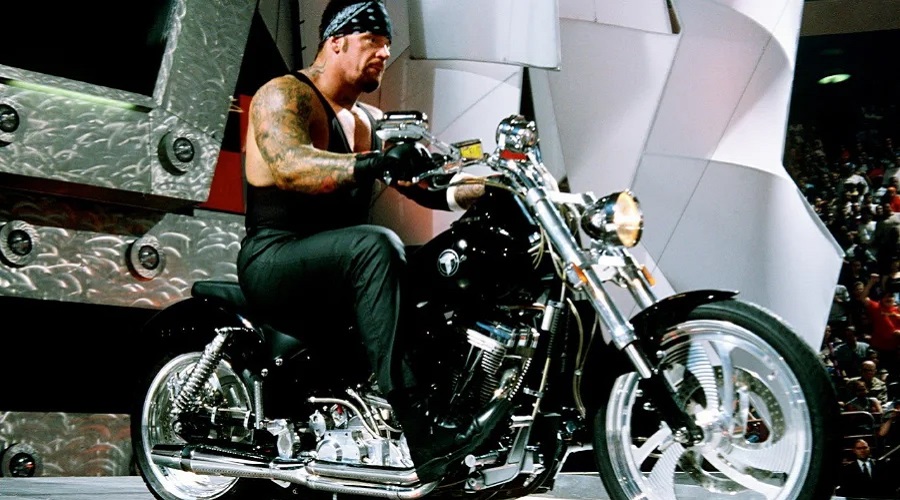 The Undertaker who in the years laid many other superstars to rest has also rested and he is resting in peace already. The Undertaker has taken off that ominous black hat, the evil long jacket, and the iconic gloves to retire into a much more jolly figure that fans have never seen- Mark Calaway.

As Taker enjoys his retirement, he really spends a lot of time kicking back after a long and glorious career. Now that he is just the regular person, we have looked into what ‘The Deadman’ likes doing in his free time. Just like a lot of men, The Undertaker has typical recreational choices, but his spending habits are a real eye-catcher. He did have a huge career, so there definitely was a huge paycheck that came for it.

We already know that Calaway likes his firearms, so there’s no doubt in his interest in buying some models. The big safe may currently house his wide collection of firearms or other valuable items.

This was a gift to him from his wife Michelle McCool. This may just be one in a long collection of guns. We already know that Calaway likes his firearms, so there’s no doubt in his interest in buying some models.

The Undertaker loves his vehicles. There is no doubt about the character-themed vehicles like the hearse van, car, and motorbike, but it seems as if ‘The Phenom’ has a particular soft spot for Harley-Davidson Motorcycles.

It must be noted that the Hearse Funeral Chopper model was a part of his gimmick and was built to commemorate his WWE debut at SummerSlam 1992. The vehicle includes a Harley-Davidson Motorcycle hooked to a Hearse.

‘The Deadman’ also has a great car collection and really appreciates the value for money. This can be attributed to his jeeps and SUVs which have excellent mileage over terrain.

Taker is the proud owner of the Jeep Wrangler, Mercedes G-Class, and the SUV Rubicon Chevrolet Tahoe, all of which are known for their performance. However, it would be a lie to say he didn’t like luxury models as well. The Undertaker owns a Bentley Continental GT, a Ford Mustang, and a 1978 Mercedes-Benz W123.

Apart from these, The Undertaker also owns items of high value such as his ring gear, and vehicles he drove to the ring. All of these items would have a high auction value but Taker will probably hold on to them for the memories.