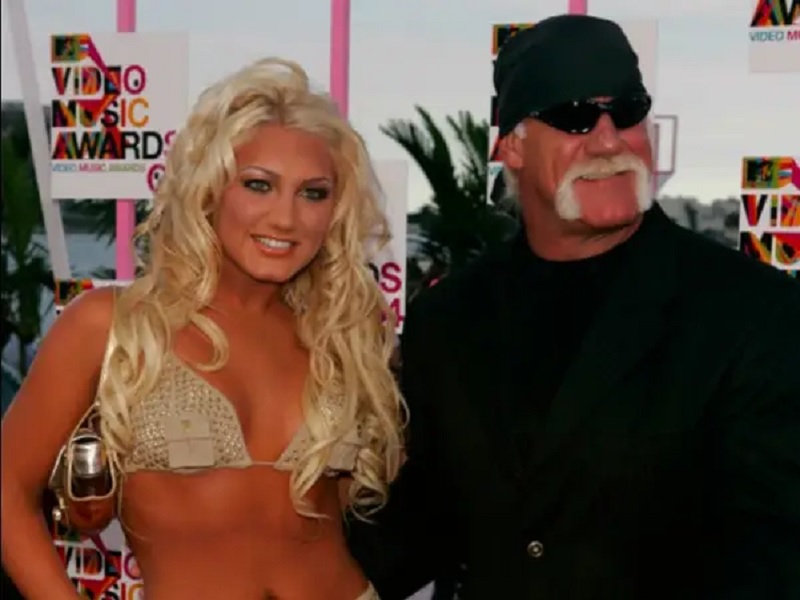 Brooke Hogan is all grown up and is engaged. The reality star and musician posted a photo this weekend of her boyfriend-turned-fiancé Phil Costa popping the question on a Las Vegas hotel room balcony.

Costa, who will be entering his fourth season with the Dallas Cowboys, really, really surprised Brooke, who looks absolutely shocked by the sweet proposal.

Brooke’s been relatively out of the spotlight since her family’s reality show, Hogan Knows Best, and her spinoff, Brooke Knows Best, went off the air in 2009.

And once the cameras stopped rolling, Brooke’s life was turned upside-down. Her parents, Hulk and Linda Hogan, went through an epic divorce; her brother Nick, now 22, was in a horrible car crash that severely injured his best friend and landed reckless-driving Nick in jail; her dad endured a bizarre sex tape scandal; and her mom got engaged to someone 30 years younger (then called it off).

To say the family’s been through a lot in the last five years is an understatement, so it’s nice to see that Brooke’s found some peace, love, and happiness with Phil. And even though she’s had a rocky relationship with her mother, Linda seems thrilled with the news and tweeted her excitement about her daughter’s engagement. Nick also took to social media to show Brooke and Phil some love.

No word yet from the Hulkster, but when you’re a pro-wrestler with a reputation to uphold, maybe you take a beat before showering your soon-to-be son-in-law with love. Maybe he’s just waiting for Phil to respond to the implied inquiry: “Whatcha going to do, brother, when Hulkimania runs wild on you?”