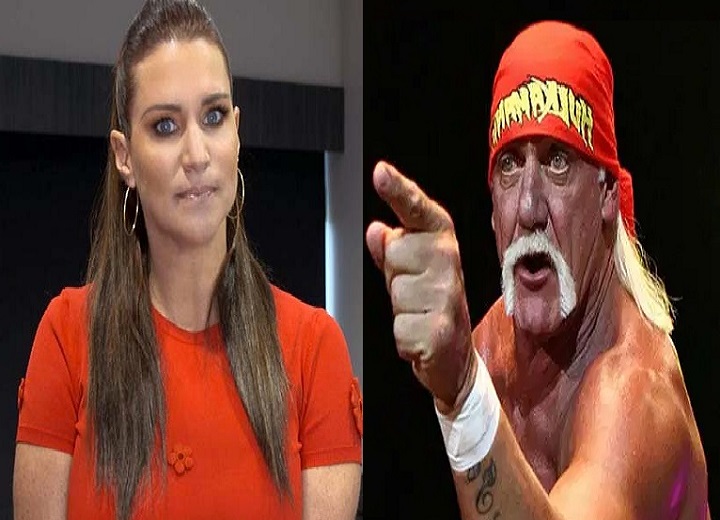 On this week’s radio show, Hulk Hogan addressed the long-standing relationship issue between Randy “Macho Man” Savage and Stephanie McMahon that was reported to have happened many years ago.

For those who don’t know, rumors have persisted for years that Randy Savage and Stephanie McMahon started dating when she was just 17 years old.

Vince McMahon didn’t have any idea about it for several years. But when he did get to know about the affair, he was so mad at Randy Savage.

As it happens with the internet, the rumor spread very quickly and the urban legend just continued to grow as layers have been added to the rumor over the last 16 years.

Some have been more on the mild side while others have taken things to the extreme, such as Linda McMahon hiding an abortion from Vince to cover up the relationship.

“Macho had his way with teenage Stephanie and they dated and slept together. Vince McMahon found out and that was the true ending for Macho Man in WWF.” — Multiple sources have reported.

This rumor was a big part of the conspiracy theory on why Vince McMahon refused to induct “Macho Man” Randy Savage into the WWE Hall of Fame until after his death in 2011. Savage was inducted in 2015.

A listener called the show and asked Hogan, “There’s a lot of urban legends in the professional wrestling business, however this one has a little merit because a lot of guys won’t touch it.

Would you comment, since you have nothing to lose right now, on the infamous rumor about Randy Savage and Stephanie McMahon?”

While the rumor is just that – a rumor – and has never been verified, it has been around for a long time and Dave Meltzer once stated on his radio show that “within the company – as far as the top people – they all believe it, but nobody knows for sure because it’s never brought up.”

However, Hogan genuinely acted surprised when the caller brought it up, asking, “Yo brother, hold on dude! What’s the rumor?”

The caller replied, “There’s a rumor out there that the reason why Savage is kind of getting the black-list from Vince… is that he allegedly might have had sex with Stephanie.”

While there have been many rumors circulating as to why Vince McMahon refuses to do business with Randy Savage, none have ever been proven and no one knows for sure.

Even Hogan admitted to not having any idea as to why Savage is black-balled from the WWE.

“What’s that got to do with anything, I mean Stephanie’s a grown woman,” asked Hogan.

“You know, Macho, his name has never been uttered again out of Vince McMahon’s mouth, and I’ve been back several times – the SummerSlam’s with Shawn Michaels and Randy Orton, the big RAW anniversary – and you’re right brother, ooh yeah, that Macho Man’s name has never been mentioned.

If that’s true, maybe that’s the reason he never went back there. I’ll do a little digging around.”

No one really knows exactly why Vince McMahon refuses to do business with Savage. However, Stephanie McMahon is the only one with the ultimate key; the truth of what happened between her and Randy Savage is with Stephanie.

So until Stephanie herself ever confirms it, which is highly unlikely, the rumour will linger on and on.

The only time, to the best of my knowledge, that I’ve ever even heard Savage mention Stephanie’s name was many years ago when he apparently went insane and posted a video where he is repeatedly challenging Hulk Hogan and Triple H, and tells Triple H that after he took care of him, that he would take “Stephanie around the block a few times.”