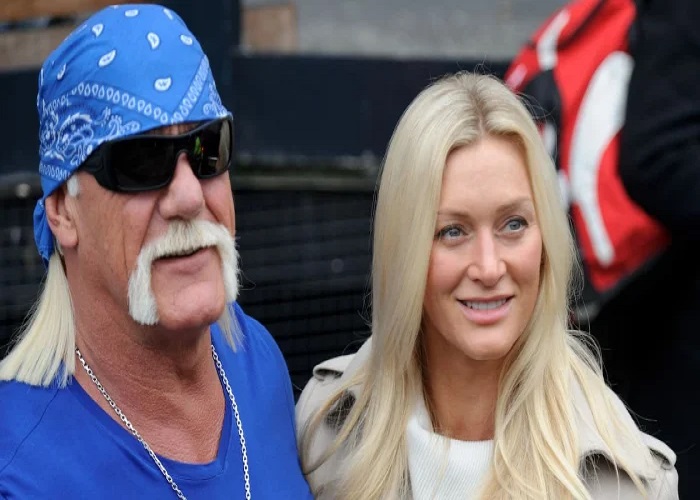 Hulk Hogan is no longer in the ring with wife Jennifer McDaniel. After more than a decade together, the former professional wrestler announced their break up Feb. 28, sharing that he’s already moved on with a new girlfriend.

“Yo Maniacs just for the record, the Facebook and Instagram posts are of me and my girlfriend Sky, I am officially divorced,” he tweeted. “sorry I thought everyone already knew, love my Maniacs4Life.”

While the news of Hulk—real name: Terry Bollea—and Jennifer’s split may feel like a total smackdown to some fans, court documents obtained by TMZ Sports reveal that they filed for divorce in October 2021. Back in 2010, after two years of dating, the duo wed during a ceremony in Clearwater, Fla.

Prior to romancing Jennifer, he was married to Linda Hogan—the two share kids Brooke Hogan, 00, and Nick Hogan, 00—for 26 years. The duo ultimately split in 2007, with Linda’s publicist Gary Smith telling E! News at the time that his affair with Christiane Plante—his daughter’s best friend—was to blame.

“When Linda discovered Hulk had [an affair] with Brooke’s best friend, Christiane Plante, she made the decision to call it quits on the marriage,” he said. “Almost every statement that comes out of Hulk’s mouth is a diversionary tactic to deflect attention away from the real reason Linda filed for divorce, two words: HULK’S CHEATING!”

Hulk’s lawyer David Houston responded to Linda’s statement at the time, “It is unfortunate Linda Hogan will do virtually anything to keep herself in the public spotlight.” He continued, “We are not going to demean this process nor the family any longer by responding to what amounts to pathetic pleas for attention.”