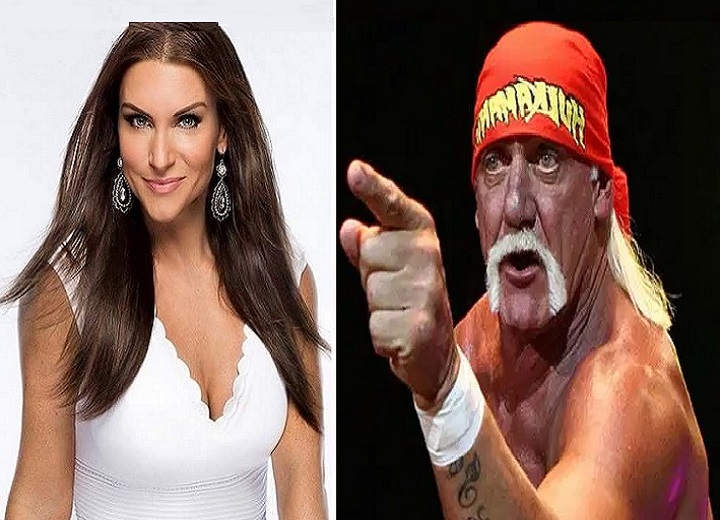 From his earlier interview with The Fan, WWE Hall of Famer Hulk Hogan blamed Stephanie McMahon for his mistake in calling the Superdome the “Silverdome” at WrestleMania 30. You can read his full explanation below:

During the interview he explained how his “Silverdome” mistake came about blaming it on Stephanie McMahon!

“Let me blame Stephanie McMahon one more time because I keep putting this on her. Y’know, there’s a go position when you go out… right before you go out of the curtain you go out, there’s Vince McMahon, all the executives, all the TV monitors and the headsets… running all the technical stuff.

Well, they made me come 20 minutes early, usually you go out there and find early which is when you walk out, and when I was there, I was a little nervous…

” There was a press conference and all the media, “What’s Andre like? Was he a nice guy? How hard was it to slam him? Andre this, Andre that… Go back to the go position! Go out to the ring!”

All I had on my mind was the Silverdome and Andre The Giant and I’m going to blame Stephanie McMahon for that because she should have been doing the press conference but she didn’t have her makeup all the way on so I had to do it.”

“I love the Dallas Cowboys… been a fan forever but my daughter was engaged to one of those guys and he didn’t walk the walk and talk the talk.

I put a bullet in that really quick, because there is no way my daughter’s gonna marry someone that I don’t like that got me mad or has gotten in my face.

So there was a little run-in and it was with only one of the Cowboys. But you know hwat? He knew better than to step up because he’d get slammed just like Andre The Giant.