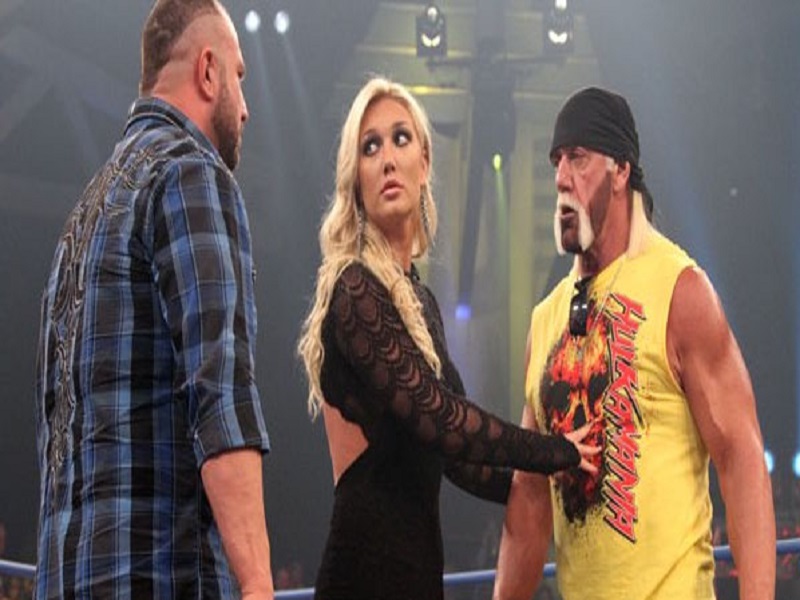 Once you are engaged, you often drown in the hype of getting married soon. You plan for your wedding and are equally excited about the way your life will or might change following your wedding. But when those dreams are shattered, and you end up not taking your engagement to the next level, you are bound to feel bad.

By saying this, today, we look back at the split of Brooke Hogan and her fiance, who she had plans for marriage.
The Breaking Of Brooke’s Engagement:

Brooke has made herself famous in various fields like acting, TV shows, and also pro wrestling like her father, the iconic Hulk Hogan. That has enabled her to have plenty of fans, who are bound to know the fact that she was once engaged to NFL Dallas Cowboys Player Phil Costa.

Brooke and Phil got engaged on the 29th of June in 2013 when Phil proposed to her in LA.

“Happiest moment of my LIFE, I am marrying my best friend. I wouldn’t choose anyone else. I am so lucky and so grateful.” wrote Hogan on her Instagram, showing her happiness. However, this post can be found no longer as she seems to have deleted the tweets and posts following the pair splitting amidst the news of getting married.

Some sources say that the reason for her split and calling off of her engagement is the rush and hurriedness of their relationship, which was not allowing her to focus on her musical career.

Following her split, she moved back to L.A. to put the final nail in the coffin for her new album and wanted to be closer to her mother, Linda Hogan, who herself split with her husband, Hulk Hogan.

Speaking of Hulk Hogan, he came forth in media and said that he was the one who shot the bullet that took the life from his daughter’s engagement. The Hulkster said,

“I love the Dallas Cowboys, been a fan forever. But, my daughter was engaged to one of those guys and he didn’t walk the walk and talk the talk. I put a bullet in that really quick because there was no way my daughter was going to marry somebody that I don’t like that got me mad or has got in my face.”

“There was a little run in with only one of the Cowboys. But you know what, he knew better than to step up cause he would have gotten slammed just like Andre the Giant.”

Hulk Hogan was also the same person who previously stated that he was not a fan of Brooke’s black boyfriend. The Hulkster did not specifically take the name, but his daughter was then dating rapper Yannique Barker who is single right now. The Hulkster was not amused with this relationship, and he said,

“I don’t know if Brooke was f–king the black guy’s son. I mean, I’d rather if she was going to f–k some n—-r, I’d rather have her marry an 8-foot-tall n—-r worth a hundred million dollars! Like a basketball player!”