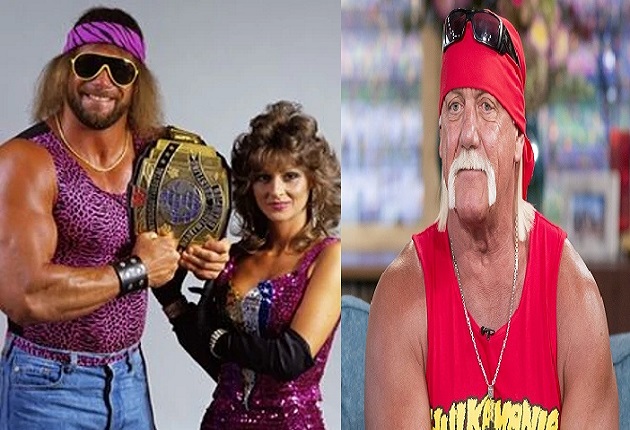 In this first episode of Viceland’s Dark Side of the Ring, the new series tackled one of the most storied relationships in professional wrestling history between ‘Macho Man’ Randy Savage and Miss Elizabeth.

After watching the documentary, Savage’s former friend and foe, Hulk Hogan tweeted that he was not impressed with it and that they ‘didn’t have all the sources’. Wrestlingnews.com had news of Hogan’s reaction to the documentary.

Hogan, Savage and Miss Elizabeth were involved in one of the biggest storylines in wrestling history when The Mega Powers exploded in the late 1980s.

It involved a relationship triangle between the three members, and led to Hogan and Savage facing off for the WWE Championship at WrestleMania 5. Savage and Elizabeth were married for a time in real life, but divorced in 1992.
The heart of the matter

While there have been documentaries about pro wrestling like Beyond the Mat and the ones on HBO about Andre the Giant and Kenny Omega, Viceland’s Dark Side of the Ring is an ongoing weekly series.

The first episode, named ‘The Match Made in Heaven’, focused on how the on-screen relationship between Savage and Elizabeth ‘exploded outside the ring’.

Among the special guests on the episode who were close to Savage and Elizabeth were Scott Hall, Bruce Prichard, Eric Bischoff, Jimmy Hart, Jake Roberts and the former Mrs. Hogan, Linda.

Most wrestlers and wrestling fans will likely watch the show if they have direct access to it, and Hogan apparently viewed the episode, but wasn’t exactly thrilled with what he saw.

Just watched VICE the dark side of Macho Man 5 out of 10 ,really good but relied too much on a couple of pictures someone had and believed stories that were half truths and some that were just wrong,what a shame they didn’t check all sources HH— Hulk Hogan (@HulkHogan) April 12, 2019