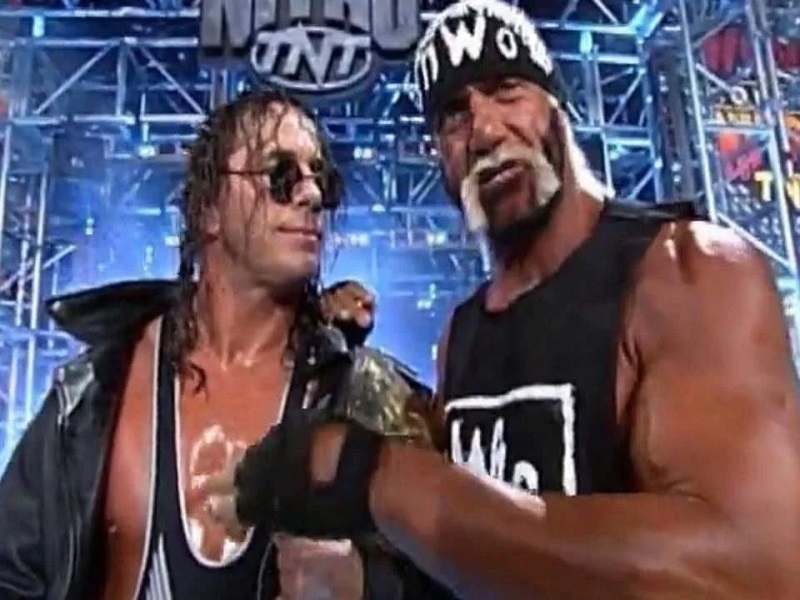 Both Hulk Hogan and Bret hart are big names when it comes to professional wrestling. having worked under the same umbrella as wrestlers for several years, they both are acquainted with each other.

Discussion in  an interview, hulk Hogan claimed Bret hart stole his ‘The Best There Is’ catchphrase from him. He Claimed that the saying was actually his initiative from start that he created it but Bret hart went on to start using it.

In all these though, Hulk hogan never felt bad about Bret hart stealing his ‘The Best There Is’ catchphrase from him, because at the end of his speeche he added that they all steal from one another.

Talking about bret hart stealing his lines, Hulk Hogan said: “I remember I was cutting an interview and I said, ‘I’m the greatest there was, is, or ever will be…’ First time I said it I thought, ‘That’s a cool line…’ Bret started using it. We all steal from each other.”