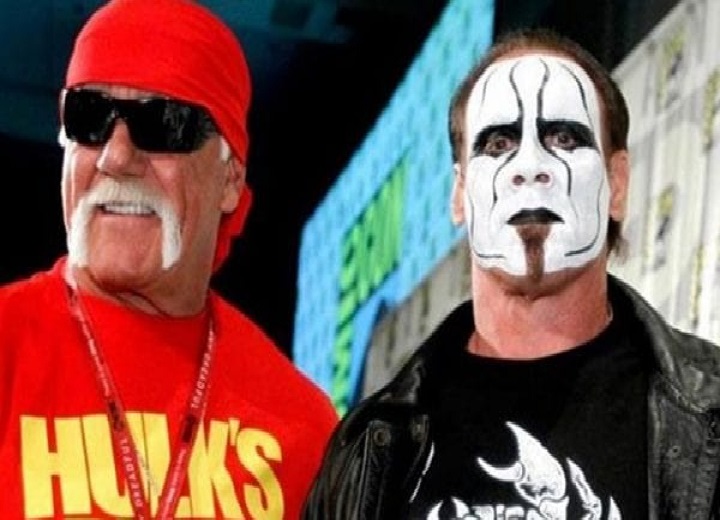 During a recent appearance on Apter Chat, WWE Hall of Famer Hulk Hogan talked about Sting being a possible replacement for him in the nWo, if ‘Hollywood Hogan’ would have liked to face ‘Hulkamania Hulk Hogan’ & more.

“I would have been living in a mansion ten times the size of my home right now if the guy in the red and yellow was around for Hollywood to wrestle because I had no idea that babyface and the timing and the way everything was, how it just made everything fit and run like a fine tuned machine. It’s what [Roddy] Piper said, ‘Just give me an old bald headed tanned guy.

I’ll wrestle that big old 300 pound bald headed tanned babyface over any of these other guys.’ Now I know what Piper meant. At the time, I just didn’t get it.

Things were just so easy ’cause everything was set up so perfectly for that whole Hulkamania run. As Hollywood Hogan, I would have loved to have Hulk Hogan to work with.”

On Sting being a possible replacement for him in the nWo if he didn’t turn heel: