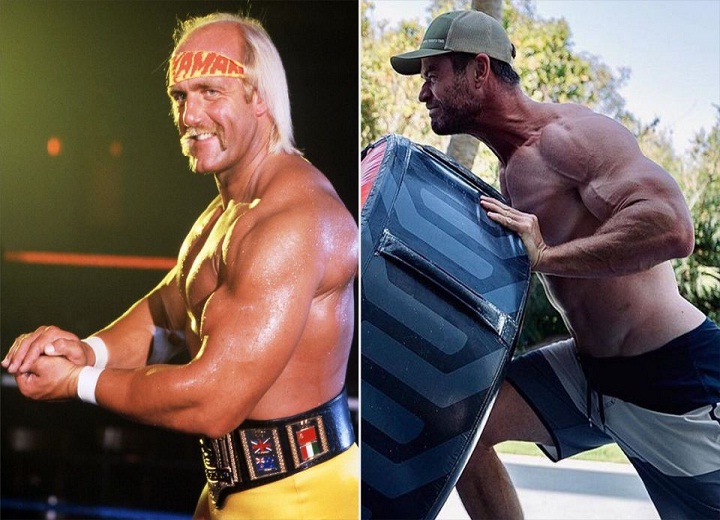 Is Chris Hemsworth ready to take on the role of Hulk Hogan? The professional wrestler shared his thoughts on Hemsworth’s ripped Instagram photo after the actor shared a photo of himself working out by pushing a giant tire as prep for his role as Hogan, 67.

Hogan shared the photo alongside a few photos of his own time at the height of his professional wrestling career, asking his fans, “He’s already there! He’s ready BROTHER!!! But is he good looking enough to play me lol,lol,lol. HH.”

The film will touch on Hogan’s life, his career as a wrestler and his rise as a pop culture icon. Hemsworth was reportedly in talks to star in the role in a February 2019 report by The Hollywood Reporter.

Hemsworth spoke about preparing for the film in an interview with Total Film in June, saying, “This movie is going to be a really fun project.

I will have to put on more size than I ever have before, even more than I put on for Thor,” via Men’s Health UK.

“There is the accent as well as the physicality and the attitude,” he continued. “I will also have to do a deep dive into the rabbit hole of the wrestling world, which I’m really looking forward to doing.”

Stephanie McMahon opens up on Triple H making love to another girl: “I can’t stand it”