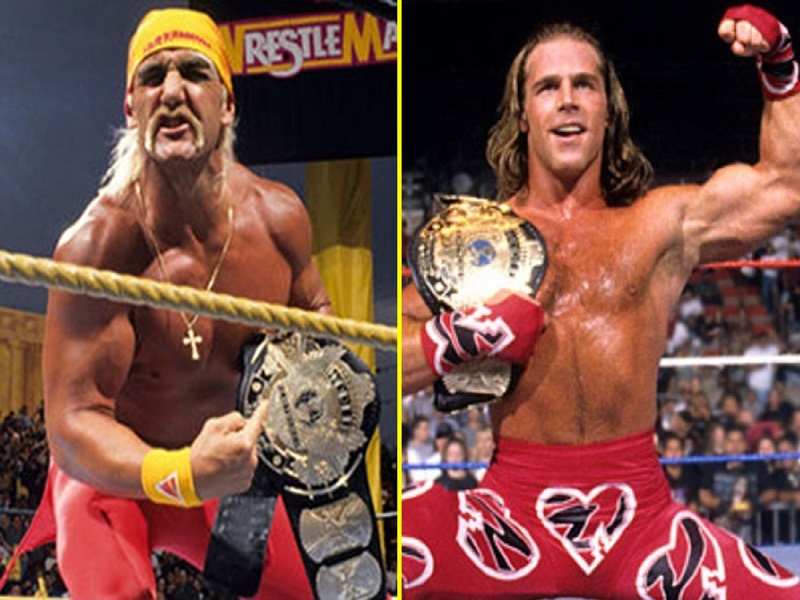 Hulk Hogan was the biggest star wrestling had in the 1980s and was still a huge star in the 1990s, but Shawn Michaels was almost his successor in the WWE. At SummerSlam 2005, they finally met. But the match isn’t remembered in the same way legendary generational clashes should be.

Instead, it’s for Michaels over-selling during the encounter and cutting a scathing promo about Hogan the very next night. Michaels and Hogan had agreed to work with each other and HBK pitched for them to have three matches that culminated in a cage match.

They exchanged wins over each other – starting with SummerSlam – before Hogan got the decisive victory. It was meant to be good guy vs good guy where the premise of the feud was Michaels finding out if he defeat the Immortal Hulk Hogan?

That was the plan until Michaels cut a promo after their first SummerSlam match and according to Michaels, Hogan rejected the face vs face premise and wanted HBK to turn heel, which he ultimately did. During the match, Michaels bumped all over the place – way, way over the top – because he was furious with Hogan changing the plans of their feud.

Hogan disagrees. “If you really go behind the scenes on the Shawn Michaels thing, I just sat back. I mean, this is Vince’s show, Vince’s thing, and when we went to the dressing room, Vince came in and said, ‘Okay, I want Hogan to go over.’ No big deal.

“And those were Vince’s wishes. If he had told me to take the superkick and do the one, two, three, even though everybody says I’ve never done a job, if you go back and look at my career, I’ve pretty much lost more matches [in the last 15 years of my career] than I’ve won, trying to get guys over from Triple H to The Undertaker to The Rock, you name it.

“I’m trying to help these guys. So you know, when Vince wanted Shawn to do the job, we went out and had the match and everybody said, ‘Oh Shawn oversold and he was making fun of ya!’ “If Shawn was really doing that, you’d have to ask him because I’ve seen him go to take the turnbuckle, he jumps on the bottom rope and does the triple flip which is, you know, okay… whatever. You know, and he’s done it several times, not just with me.

“But what really [happened]… The reason it didn’t go any longer was because I shut it down. Because the next day, I was expecting to, you know, return the favour and then, ‘Okay, now you beat me and I beat you, let’s build to the third [match] and then go to the cage and keep it going.’

“Because he was such a great worker, I thought we were gonna have a great run, but it could be my fault, or maybe I had my feelings too much involved but I thought the interview was going to be [acting out a Shawn Michaels promo]: ‘You know what, I gotta give it to Hogan, he was better than me on that one night but it’ll never happen again.

You know what, I’m quicker and faster than him, he just had that moment, he had the crowd with him, he had the momentum but it’ll never happen again. I’m asking you Hulk Hogan [for another match].’” Hogan continued. “I thought this was going to be the business interview, but when he came out, [Shawn said sarcastically], ‘Oooooh, he was too fast, he was too young.’”