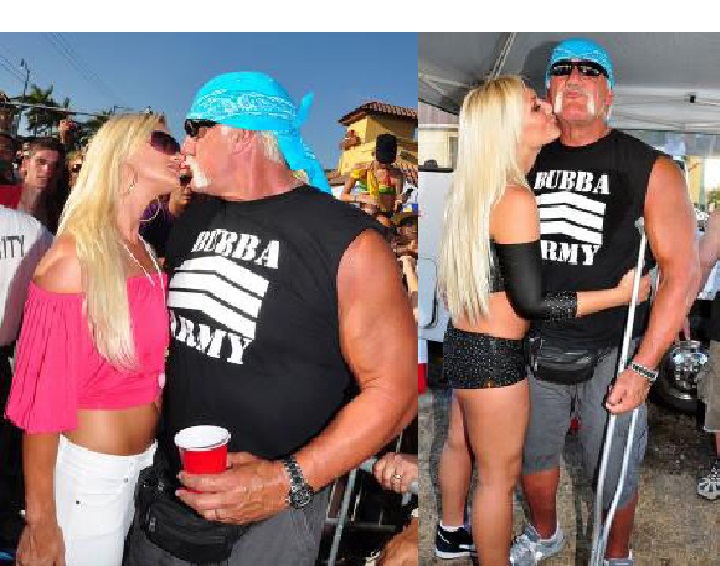 Hulk hogan and his girlfriend of  years, Jennifer McDaniel, are engaged, a source close to the couple confirms to Usmagazine.com. New York’s Daily News also reported that the two are getting married. “He is engaged and very happy,” a source told the paper.

It is happy news for Hogan (nee Terry Bollea), who had been engaged in a bitter divorce battle with his ex-wife, Linda, for  years. Linda, who wed Hulk in 1983, filed for divorce in November 2007. A newspaper reporter was the first person to inform him about the split. “Holy smokes,” he said upon hearing the news. “Wow, you just knocked the bottom out of me.”

The split grew increasingly ugly a short time later when Linda publicly began dating Charlie Hill who was one of their daughter Brooke’s former classmates. Hogan even complained to Rolling Stone about Linda leaving him for “some shaggy-haired pool boy 30 years her junior.”

At one point in their split, Linda even accused Hulk of stalking her.But in July, they settled their divorce. Terms of the agreement were not made public. “The war is over,” Linda told The Tampa Tribune. She even kissed her ex on the cheek in the courtroom. “I still love him. He’s the father of my children.” Hulk and Linda have two children together, Nick, 19 and Brooke, 21.