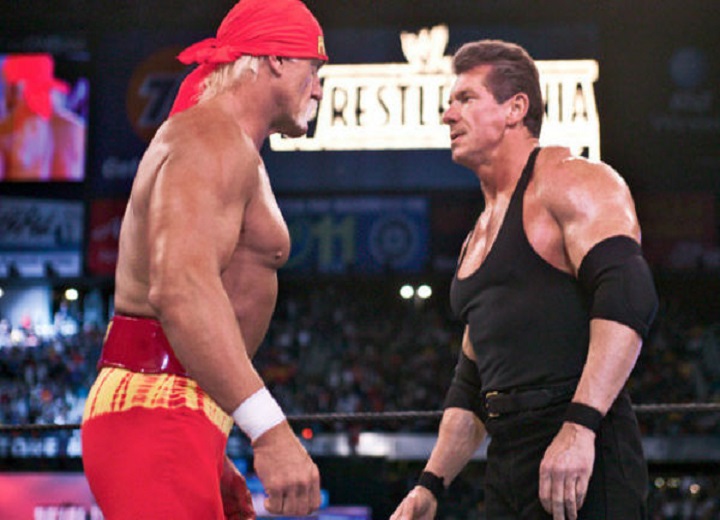 One of WWE’s big time legend has given his opinion on Hulk Hogan letting the universe know what he feels about the big talent of WWE.

Just earlier this year The Hitman said on a Q&A live stream on Instagram: “Do I like Hulk Hogan? No, I don’t. I think he’s a phony piece of s***.”

Tell us how you really feel, Bret!

Hart has also recently started a new subscription based podcast called Confessions of a Hitman and he’s revealing all about his time in the wrestling industry.

In episode seven, Hart breaks down what he thinks makes a top superstar in the wrestling business.

The Canadian legend breaks it down into three sections – look, promos and wrestling ability.

While going through his criteria, he ended up rating himself and Hogan with interesting results.

“You look at Hulk Hogan, okay? Unbelievable look, 6’8″ with the 24″ pythons, it’s an incredible [look]. When he walks in the room, the whole room stops. Like, you see it. He [has] got, like, legs stuck on his shoulders. His arms are as big as somebody’s legs.

“In my case, I’d say my look, I wasn’t Hulk Hogan. I never pretended to be,” Hart considered.

Hogan had more of the superhero, larger than life gimmick that draws people in, but Hart certainly looked like a top-level athlete and the world-class wrestler he was. Bret Hart is one of the best performers WWE has ever had, but not many people remember his promos

“And then, it’s like, ‘okay, is he a talker, Bret Hart?’ And it’s like, well, that’s his weakest point. I did get better, and better, and a lot better. I sometimes had great mic moments in my career, but it was my weakest area and I knew that. I would give myself a four-out-of-10 or a five-out-of-10 on promo skills.” Hart added, “maybe in my prime, when I was in my best years near the end, I would give myself an eight or a nine, so there is some evolution there, but it was my weak spot.”

Hart’s promos aren’t a legendary part of his make-up by any stretch of the imagination.

He’s revered as a wrestler above all else, but in the latter stages of his career and with the Hart Foundation, there is no denying he knocked out some killer promos so on the balance of things, he probably does end up with a middle of the road score.

So there you have it; Hogan scores one point higher than the 21 that Hart gave himself! Can’t say we saw that coming.