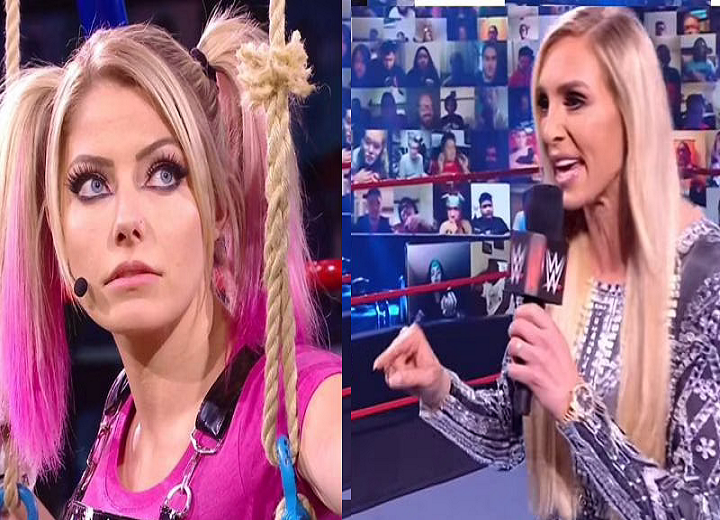 The newly crowned red brand champion took to the stage to celebrate her return to the throne after she defeated Rhea Ripley and Nikki A.S.H for the title at SummerSlam.

But Charlotte Flair’s victory speech didn’t quite go as planned.The Queen stood before her supporters and announced she was ‘starting a new women’s evolution’ with her 12th WWE title reign.

“You can thank me now, thank me later, but don’t forget to bow – because I am your queen, your champion. Long live The Queen!”However, Flair and the fans couldn’t live in the moment for too long before a RAW surprise appeared.

The all too familiar words that can make any stomach drop cut short The Queen’s celebratory moment. Alexa Bliss’ entrance music boomed around the arena as she emerged from the wings with her doll Lilly in hand.

“Congratulations Charlotte. Lilly and I just wanted to say hi,” Bliss said as the crowd erupted over this potential new storyline.

In recent weeks, the two have barely crossed paths. Flair has been caught up in a three-way rivalry with Nikki A.S.H and Rhea Ripley, while Bliss has been playing mind games with Eva Marie.

When it comes to The Queen, no one comes close to her list of achievements. However, Bliss has won her fair share of big events and is no stranger to winning a title.

In 2016, she became the first woman to hold the SmackDown belt twice and is also the only female wrestler, alongside Nikki A.S.H, to become two-time Women’s Tag Team Champions.

Flair’s last reign as RAW women’s champion lasted a mere 24 hours before the belt was snatched from her grasp. She’ll be hoping this time will be much longer, but with a potential new rivalry on the cards between her and Bliss, is The Queen at risk of being overthrown again?