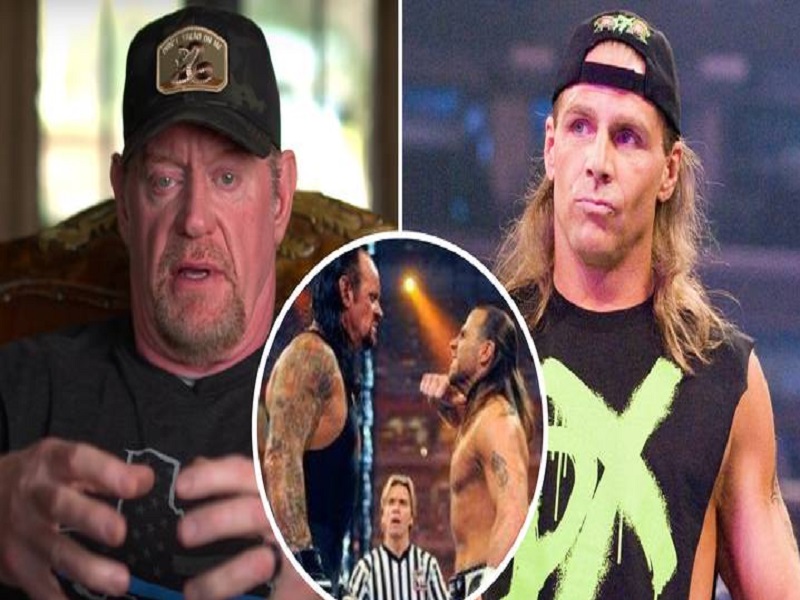 The Undertaker had revealed his plans for Shawn michaels if he refuse to lose to Stone Cold stefve austin at the WWE Wrestlemania 14.

Shawn Michaels was set to retire from WWE and wouldn’t have another match for four years after ‘Mania 14. Back issues had meant he couldn’t go on anymore, but his drug problems were making him a big problem backstage, too. Only a few months prior, Michaels had been apart of the Montreal Screwjob which saw Bret Hart screwed out of the WWE title for real on his final appearance before departing for WCW.

Michaels being Michaels at the time, he had teased not doing the job for Stone Cold Steve Austin, a man who was expected to start his first reign as WWE champion with his superstardom looming “Early on in my career and when Shawn was there, I didn’t care for Shawn personally,” Taker told the New York Post. “I thought he was an arrogant little s***. That being said, still no one I would rather get in the ring with it and work [with]. That’s just how good he is.

“Shawn, everyone knows the story, is supposed to drop the belt to Steve. Shawn was being Shawn in my opinion and like I didn’t know if he was gonna do it,” Taker said. “My intention was to make sure one way or another business was done that night.”

The legend is Undertaker taped up his hands in preparation to beat Michaels up and stood by the gorilla position. The Deadman was there waiting to see if the match went as expected because if not, he was going to make an example out of Michaels. Years later, Michaels asked ‘Taker about the rumours and The Phenom didn’t have the heart to tell him the truth.

“I felt so bad because our relationship had changed so much that he goes, ‘Were you really gonna beat me up?’ I was like, ‘No man that’s just all rumor. Taping my hands up and everything, come on.’ He goes, ‘I didn’t think so. I mean that really didn’t sound like you,’” Taker said.

“The whole time in my head I’m like, ‘I was gonna smash you if you didn’t drop that belt to Steve.’ But yeah, he’s a completely different person, I love him to death now. But, yeah, that’s the story. I was sitting there hands taped ready to do whatever I needed to be done.”

Of course, Michaels did indeed do his job and out on a classic match with Steve Austin where Mike Tyson was referee. HBK dropped the title to The Texas Rattlesnake and there was no need for Undertaker’s taped fists to do any talking. Later in their careers, Michaels would be a changed man and Undertaker his matches with ‘Taker at WrestleMania 25 and 26 are considered among the best in the history

“Everything Got Dark” – Hulk Hogan Was Suicidal