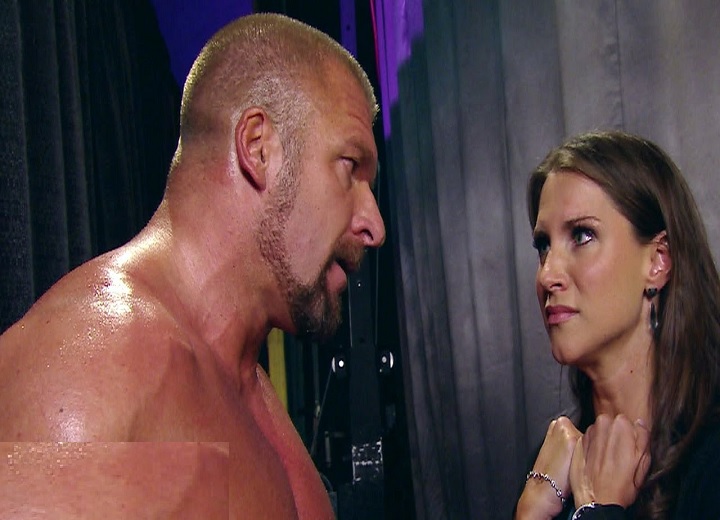 Triple H was already a successful wrestler before he even got with Stephanie McMahon, He was already a big superstar working with great other wrestlers and even the WWE boss himself, Vince McMahon.

By 1999 Triple H already won the WWF Championship twice, the Intercontinental Championship, European Championship and won the 1997 King Of The Ring actually Hunter was supposed to win it the year before that in 96 but he got in trouble for the MSG incident so the KOTR win went to Stone Cold instead and thank goodness for that because Austin 3:16 would’ve never happened.

Triple H was also one of the co founders of D-Generation X alongside Shawn Michaels, Chyna, X-Pac and Road Dogg.

The whole thing with HHH and Stephanie was just part of a storyline when they first got together, they weren’t married at that time but it eventually became a real life relationship once they started working together more often.

So I think Hunter still would’ve been on top no matter what, he ass kissed his way up to the top even before Stephanie got involved.