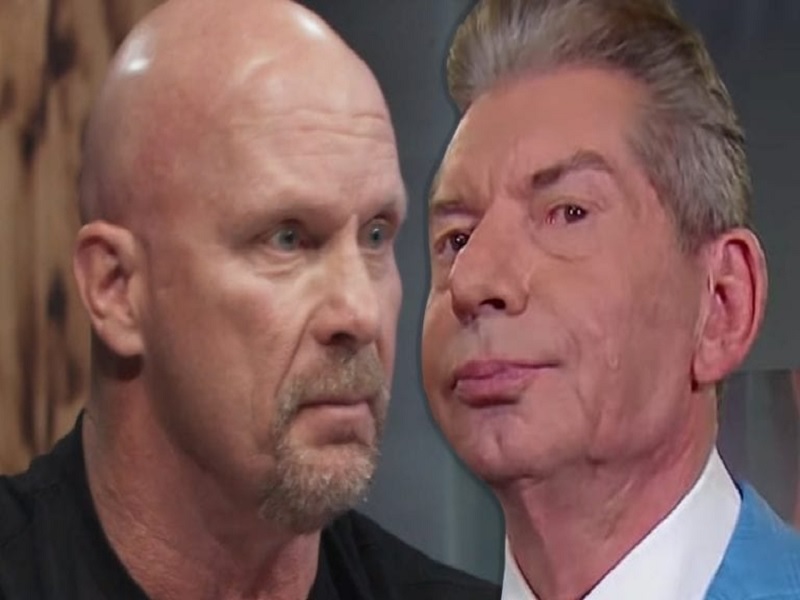 Steve Austin is retired from the squared circle, but that won’t stop plenty of fans from wishing that he would lace up his black boots once again. He is still in good shape, but The Texas Rattlesnake’s bump card is full.

Austin recently said that a return to the ring would be anticlimactic. As he revealed to Chris Jericho on the Broken Skull Sessions, that didn’t stop Vince McMahon from calling him a few times to try and get a return match out of the Hall of Famer.

“Vince McMahon tried talking me to coming back a couple times, but you know Chris, I love the business so much. I love it more than anybody else.

I can only speak for myself, but I love the damn business, and it hurt me so much to leave it.

And to me, going back for one match, man, why? What am I proving? What are they going to remember? It ain’t about the money. It took me a long time, damn near three years to get over the fact that I left the business.”

“If you’re really going to make a comeback, let’s say it was gonna be high-profile match at WrestleMania. Taker, when I talked to him, he trained all year or recovered from having surgery, and then write trained for a three or four month camp to get ready for one match.

I would really have to undergo a three or four month camp. I’m one of those guys where I don’t have an addictive personality, but I’m addicted to the wrestling business. All of a sudden, I’m putting in all the hard work and get back to being around the ring, being around the business, that is my number one passions in my life.”

Austin recently revealed that Vince McMahon won’t even pick up his phone calls anymore. He’s lucky to get more than three words back as a text message response hours after sending it.

Vince McMahon and Steve Austin’s relationship is much different now, but there was still some hope at one point that Stone Cold would wrestle again. Obviously, that hasn’t happened yet and it’s not likely.

“Bill Goldberg Kicked Me Like Someone Who Had “Absolutely No Skill At All.” – Bret Hart Complained

How Wrestling Ban On Hulk Hogan Affected Him Negatively – Check