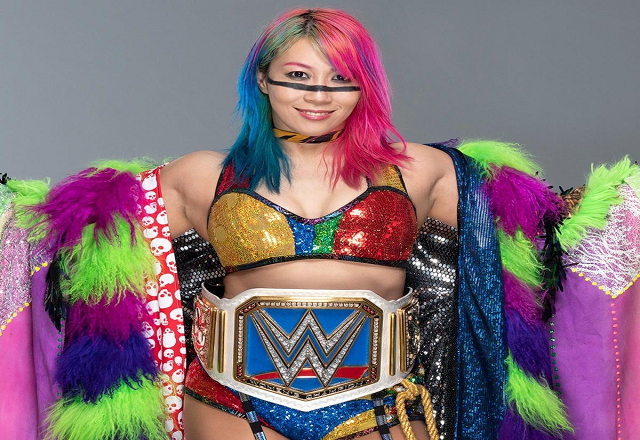 WWE Superstar, Asuka, is all set for the Horror Show at Extreme Rules. She will defend her title of The Empress of Tomorrow against Sasha Banks at this pay-per-view event on Monday.

Ahead of the match, she opened up about her journey in WWE, about her becoming the Raw Women’s Champion after Becky Lynch relinquished the title to her, and why she is excited to face her teammate from Kabuki Warriors, Kairi Sane.

Asuka is special, simply because she is the only Japanese woman on the WWE roster. Ever since she was signed on by the company, the wrestler has made a mark for herself.

It does come as a surprise how Asuka travelled all the way across the globe to be part of the wrestling world. She says it is something that she was keen to do.

“I think it was a great decision for me. I knew WWE is a worldwide global brand.

You can watch it in 180 countries,” says Asuka who is a Raw Women’s Championship, SmackDown Women’s Champion, Women’s Tag Team Champion, the 2020 Women’s Money in the Bank winner and the first Women’s Royal Rumble winner.

“So yeah, I think I got the right decision. So I feel proud to fight in the Extreme Rule title match because of the role of a Japanese woman champion in WWE history.

So I’m very excited that my performance will be seen by audience worldwide,” she adds.

In the last decade, the women in WWE have evolved a lot more than just being divas. Ever since Asuka was signed on, she too has been one of the key players to contribute to this change, particularly making women’s matches pay-per-view events.

So, you know, whether it is a woman against a woman, or a tag team or single module, it doesn’t matter. I came in a WWE as part of the women’s division and we changed it. So I am very proud of that,” offers Asuka

In May this year, at the Monday Night Raw event, Becky relinquished the Raw Women’s title to Asuka, and the latter was pleasantly surprised.

She says, “The RAW Women’s title is the biggest thing and a magical moment happened when I got it from Becky Lynch.

A lot has changed since then, I am very busy as the face of WWE now. It’s an honour to be a RAW Women’s Champion.

” On Monday, Asuka faces Sasha for The Horror Show match of Extreme Rules event. The Japanese superstar is well-prepared to defend her title.

She says, “Everybody knows I’m the master… I’m the master. So I will teach her (Sasha) a lesson and put her her to shame at Extreme Rules. So she’s being mean to me.”

An even bigger surprise though is the fact that Asuka will be facing her teammate from the Kabuki Warriors, Kairi. However, the champion hasn’t forgotten that Kairi has been her partner at a few critical matches.

“She (Kairi) is an important person to me. I had fun to pair up with her. So we have helped and encouraged each other. But after I beat Sasha, I’m looking forward to facing Kairi,” signs off Asuka.