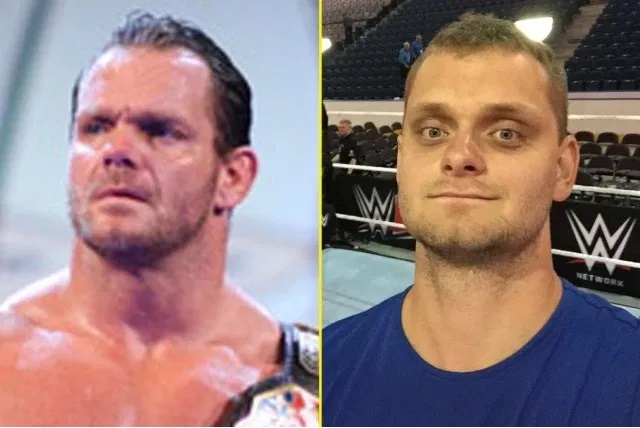 The son of the former WWE star does have a goal to get in the ring himself and follow in his father’s footsteps. Vice’s recent Dark Side of the Ring documentary excellently highlighted one of professional wrestling’s most impactful and darkest tragedies over two parts.

The Chris Benoit murder-suicide of June 2007 remains one of WWE and wrestling’s most devastating stories.

Nancy Benoit and her 7-year-old son Daniel Benoit were both killed by the WWE star, who later killed himself.

The ensuing media frenzy speculated about ‘roid rage’ and CTE. However, something this latest documentary did which deserves huge credit was putting the focus on those left behind by this tragedy.

The final scenes were certainly tear-jerking. Throughout the two-part show, watching David Benoit was particularly difficult.

A young man caught between idolising his father and demonising a monster, it was tough viewing. He was just 14-years-old when the crime occurred and it clearly had a huge impact on his life.

But what is David Benoit up to now and is he set to follow the family tradition into the ring?

It certainly appears that is part of his plans.

Speaking to Chris Van Vliet earlier this year (full interview available here), Benoit confirmed it was his intention to wrestle in the future.

At present, it appears that Benoit is working on an oil rig in Western Canada. He graduated from Northern Alberta Institute of Technology with an engineering degree.

But a dream to wrestle as ‘Chris Benoit Jr’ still remains. He even told Van Vliet that he has gear made up already, similar in style to his father’s old ring attire.

After initially struggling to get back into wrestling following the tragedy, Benoit had his passion reignited by the formation of All Elite Wrestling and the involvement of his ‘mentor’ Chris Jericho.

Benoit nearly made his pro wrestling debut in the past. As reported by Cageside Seats, he was due to appear on a July 2014 wrestling show in Calgary before Jericho stepped in as Benoit was yet to receive any formal training.

Benoit was once enrolled at the Lance Storm wrestling school in Canada but failed to finish the class, as he confirmed to Chris Van Vliet.

But he still maintains a goal to eventually follow in his father’s footsteps, despite remaining fairly green at a late age of 27-years-old to crack the game.

David Benoit to wrestle in WWE or AEW?

But don’t expect to see the Canadian wrestling in WWE. He told Van Vliet that his aim was to one day appear in AEW or New Japan Pro Wrestling.

Whatever David Benoit decides to do going forward hopefully he can continue to find peace after the tragedy that impacted him at such a young age.

If he does follow his dreams and end up wrestling, at any level, he will undoubtedly have the support of the wrestling community.