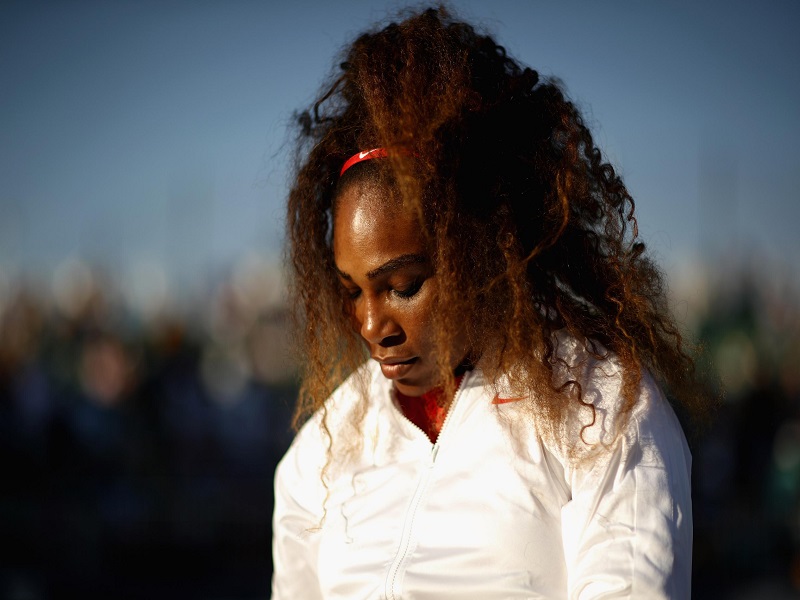 And I still am, so I try to stay away from that question (where would you be five years later). I have no idea. I literally have no idea. It could be anything.” Williams says she continues to be inspired by her sister Venus Williams, her mom Oracene and all other working women. “I’m inspired every day by my sister [Venus Williams]. I just think she is someone that has gone through so much in our life and continues and never gives up and believes and fights and is amazing. And so, that’s incredible.

I’m inspired by my mom. Every day I learned something from her and now that I’m a mom, I really rely on her a lot more. And I’m kind of afraid because I’m like, “Oh my God, I think I rely on her more than I ever have,” and it’s almost too much.

And I’m like, “Mom, can you do this or do that, the baby’s here, you go there”. I think she likes it. Oh, she likes it. And it’s inspiring though because I look back and the thought of her having five kids and she was a champion from the beginning. So it is really about drawing inspiration from, I like to say, the woman next door. They don’t have to have $20 million, they can just be great, and they could just literally live next door to you. And I think that is really some people that are overlooked.

When asked about what she would want her daughter not to go through in the future, Serena says she hopes her daughter would not face gender inequality. “I’m thinking inequality, gender. Because she is going to be a Black woman, even though she is of mixed race, it’s going to be harder for her.

But those are things that I hope won’t be as hard. I mean, it wasn’t as hard for me as it was for my mom, and hopefully then maybe for my daughter, it will be a little less or a lot less. There’ll be some challenges, but I just want to prepare her for that, and not necessarily not want her to go through it, but I want her to go through it in the right way.

Because sometimes you go through things and it makes you a better person, it makes you a smarter individual, and you kind of need it. And even though it sucks, you just got to do it. So hopefully, it won’t be too much, but it’s all a learning experience to create the person that you are.”

Serena Williams Throws the doors open to her Jaw-Dropping Mansion –