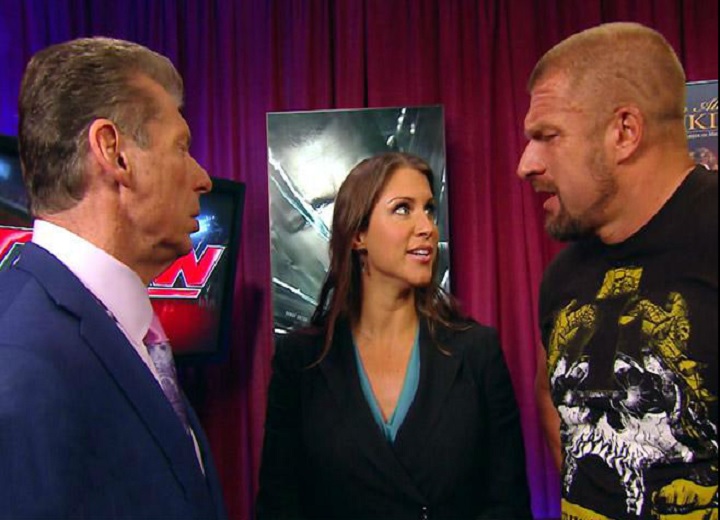 Stephanie McMahon has revealed that her father Vince McMahon was “shocked” when he found out she wanted to work in WWE.

Speaking on SPORTNET’s Top of Her Game YouTube show, Stephanie said that her dad had never really thought she wanted to work in the family business, even though she spent her late teens interning in WWE.

“It was funny,” Stephanie said. “When I was about 16, he pulled me aside and we were taking a walk. And he said, ‘So, what do you think you want to study? What do you want to do?’

“And I was like, ‘Dad, I want to be in (WWE)’. And he looked at me so shocked because I think he assumed that about my brother (Shane McMahon) but he didn’t think that about me.”

“I was like, ‘Dad, why do you think I sat in all of your creative meetings?’,” Stephanie continued. “He would always work from our house on the weekends and I would just sit and listen.

“I wouldn’t ask any questions because that wasn’t really my place and I was pretty young, but I said, ‘Why do you think I’m constantly sitting out here and listening, and all of the dinner conversations, and everything?'”

Stephanie went on to add that she had interned in WWE since she was 14 and later worked on reception while she was in High School.

“It’s just what I always wanted to do,” Stephanie continued. “I was so surprised that he didn’t see that. And as soon as I said it, it was like an ‘aha!’ moment to him.”

Triple H Not Among His wife Stephanie McMahon’s Favorites