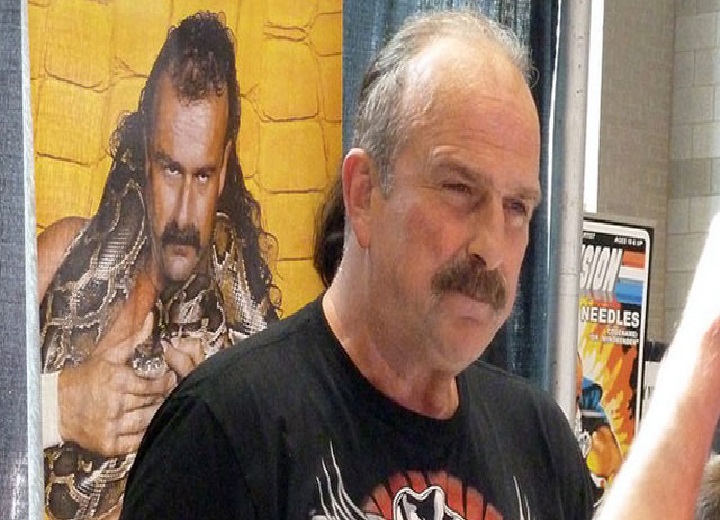 Jake Roberts has hit out at both Vince McMahon and Jerry Lawler, branding them a**holes in a recent interview. Jake Roberts is not happy about Vince McMahon exploiting his personal struggles from back in the day.

Roberts was involved in a very controversial storyline back in 1996, one in which Lawler was made to ridicule him over his very real struggles with alcohol abuse.

There was also a match that saw him force-fed bourbon by The King.

Roberts discussed the storyline with Inside the Ropes’ Gary Cassidy recently, telling him he felt McMahon was in the wrong for asking him to do something like that.

“Well, I thought it was a horrible thing for McMahon to ask me to do,” he said. “It was cheap, it was disrespectful, it didn’t prove a damn thing other than the fact that Vince McMahon’s an a**hole, so there you go. Lawler, he’s in the same boat. Both a**holes.”

On a positive note, Roberts was able to overcome his addiction and has plans on being around for a very long time.

“You know, I’ve got some issues that I have to watch, but it’s getting better all the time because I did quit smoking,” the 65-year-old said. “That’s really hard to do.

I will be around for a long time, I have grandkids I want to hang out with now. I want to make somebody else miserable [laughs], so have fun. Yeah, I’m doing much better.”

Roberts is now with AEW, where he works as a manner for Lance Archer.

Vince McMahon Hasn’t Changed All That Much

It appears Vince has very few regrets over the storyline as Jeff Hardy was made to go through something similar on SmackDown last year.

Hardy was berated over his problems with substance abuse by Sheamus, who once got himself a face full of piss on television after demanding that Hardy take a urine test before agreeing to a fight with him.