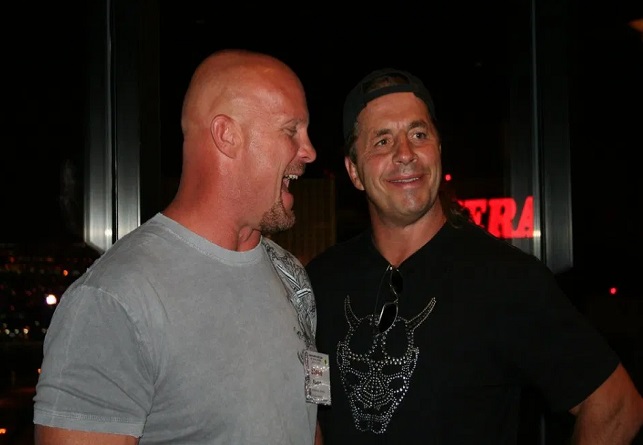 Stone Cold Steve Austin had one of the most incredible careers in the world of wrestling. From a jobber in WCW and mid-carder in ECW, Austin made his way to the main event WrestleMania.

Austin had a fairytale career in the WWE, with highs, lows, and everything in between.

However, Jake ‘The Snake’ Roberts revealed some startling news in an interview with Premier Live TV.

Vince McMahon was not impressed with Stone Cold Steve Austin

According to Jake Roberts, the Chairman of WWE, Vince McMahon, did not have faith in Steve Austin as a main eventer.

Austin faced Roberts in the finals of the 1996 King of the Ring tournament.

It was the iconic victory against Roberts that served as the beginning of Austin 3:16, and the wrestler we know and love today.

Jake said, “When Steve Austin came to WWF, I was helping write television, and I watched him, and I said, ‘This motherf***er got it, man.

He’s got that ‘it’ factor and he don’t even know he’s got it. I’m starting to scoot him into places. Sort of as an afterthought so nobody was watching.

When Jake informed McMahon about the potential star they had on their hands, Vince’s reaction was completely contrary to Jake’s opinion.

“Well then one day I told Vince [McMahon], I said, ‘That guy right there is gonna be your next super, superstar.’ ‘You kidding me Jake?’”

Steve Austin vs Vince McMahon: The rivalry that defined the Attitude Era

Austin’s rivalry with McMahon was one of the best feuds of all time. The rivalry was so crucial to WWE’s success in the late 90s, that WWE decided to take it one step further and have Austin align with Vince McMahon at WrestleMania 17.

However, it is startling to find out Vince’s initial thoughts on a wrestler who would go on to become one of the most important names in the sport.

Jake did not back down and gave Austin his chance to shine and prove Vince wrong. “He [Vince] said, ‘That guy, he’ll never make it past fifth, sixth match. He’s not a main-eventer.’ I [Jake] said, ‘The f*ck he ain’t.’

He said, ‘Do you think so?’ I said, ‘Yeah I think so,’ and we tried the thing and I guess it might’ve worked huh?”

Stone Cold Steve Austin would go on to be a six-time WWE Champion, a three-time Royal Rumble winner, and a WWE Hall of Famer.

To this date, he remains one of the most iconic wrestlers in the entire world. His legacy is so profound, that even non-wrestling fans recognize “The Texas Rattlesnake”.