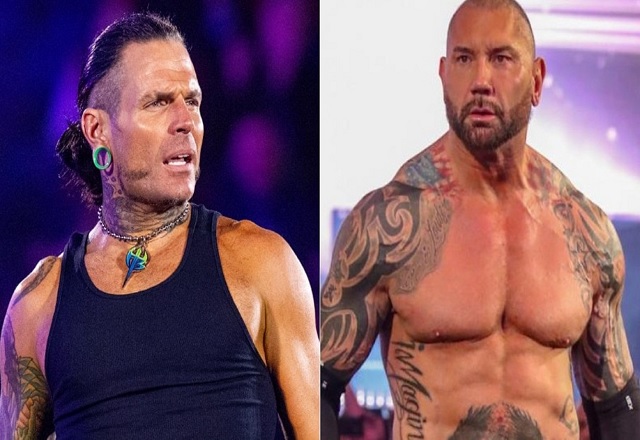 Jeff Hardy was with Jeff Jarrett and Eric Bischoff during WrestleMania 38 weekend for SuperShow Live when a fan asked a question regarding the size of Batista’s junk.

Jeff replied to the fan by saying, “it’s 7 inches,” then he started singing a song by Prince. It was a funny moment and the reactions from Eric Bischoff and William Regal were priceless as it all played out.

This question goes back years as there was a person called ‘Sinbad’ on wrestling forums who asked this question. Since then, the question has been used in various shoot interviews including Kayfabe Commentaries with several former WWE wrestlers.

Related Topics:Eric Bischoff and William RegalJeff Jarrett and Eric Bischoff during WrestleMania 38WWE wrestlers
Up Next