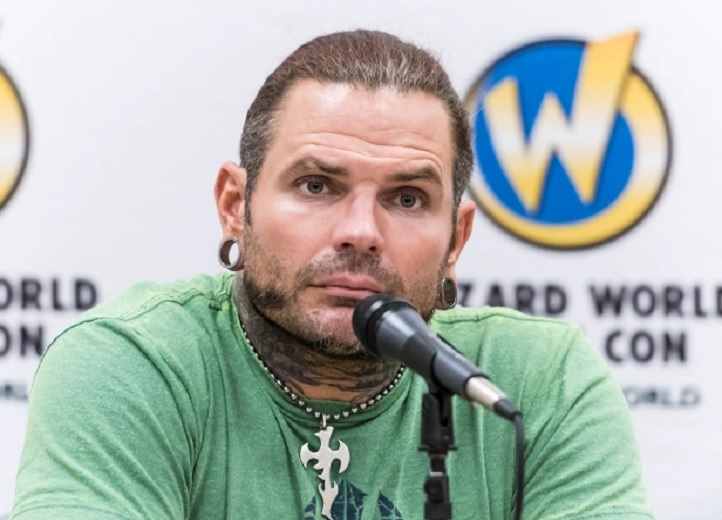 It is another opportunity for Jeff Hardy, who has been granted another chance on multiple occasions, to prove his worth to WWE.

When sober, there are few more skilled at connecting with an audience than “The Charismatic Enigma.”

“This is my last chance to get it right,” said Hardy, who turned 43 in August.

“Since my early 20s, it’s been a rollercoaster ride with addiction and alcoholism. I’ve had sober runs, doing good for a while, but then I’d always go back.

Now I hope I’m done with that. As long as I stay on the straight and narrow, the sky is the limit.”

WWE’s decision to introduce Hardy’s battle with addiction into his storyline has been met with mixed reactions.

Starting in May, Hardy’s entire program with Sheamus was built around his struggles with alcoholism, ending in Hardy’s favor following a Bar Fight in July on SmackDown.

“For me, admitting on TV that I’m an alcoholic has been empowering,” said Hardy.

“It helps me remind myself of how bad it can be if I go back to that way of life.

I am blessed to do this, and I want to help people that have struggled like me. I hope I can be an example for people going through recovery.”

Wrestling fans have witnessed the rise and fall, along with triumphs and stumbles, throughout Hardy’s 28-year career.

Hardy now looks to regain an elite position in WWE, and he revealed the list of upcoming goals he hopes to achieve.

“Between now and the year 2024, I want to be WWE Champion and Universal Champion, one time apiece, and main event WrestleMania one of those years,” said Hardy.

“That’s the goal I just set for myself. Faith over fear, everything will be good.”

For Hardy, WWE is genuinely the place where his dreams come true. His last two programs—against Sheamus and then the payoff to his Intercontinental title feud against Sami Zayn and AJ Styles—reached their conclusions as a result of Hardy’s dreams.

“I had this dream where my ear was handcuffed to a ladder, where I was able to climb with it and hit people with it without ripping my earlobe, and it came true,” said Hardy.

“I had a dream about this bar fight with Sheamus, a fight against alcohol and my human enemy, and it happened.

I’m constantly dreaming, especially in the ThunderDome. That’s when my wheels start turning and I have my visions.”