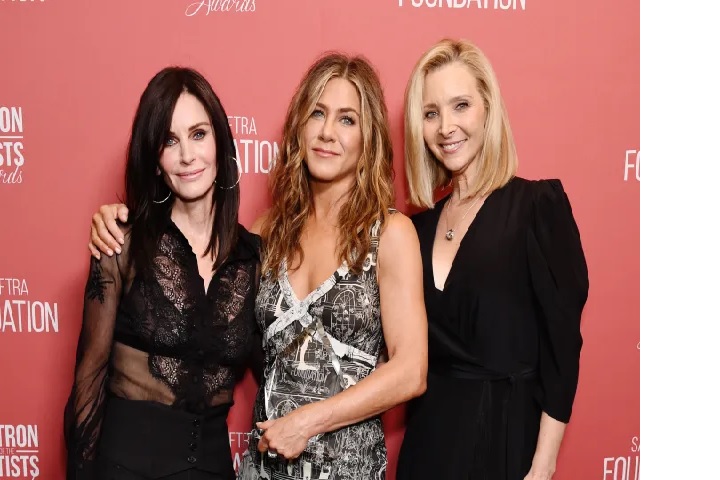 Jennifer Aniston showed that she’ll always be there for former Friends co-star Lisa Kudrow after posting a touching tribute for her birthday.

Jennifer, 53, posted a series of photographs on her Instagram to celebrate Lisa’s 59th birthday.

‘Happy birthday @lisakudrow,’ she wrote, followed by ‘I love you,’ over a Gif of the two cheering as their Friends characters Rachel Green and Phoebe Buffay.She also posted a photo of herself kissing Lisa on the forehead.

The 58-year-old actress shared a video of herself and Lisa, writing: ‘Happy Birthday loot…You make everything better. And funnier!’The trio’s friendship goes back to 1994 when the stars worked on Friends alongside David Schwimmer, Matt LeBlanc, and Matthew Perry