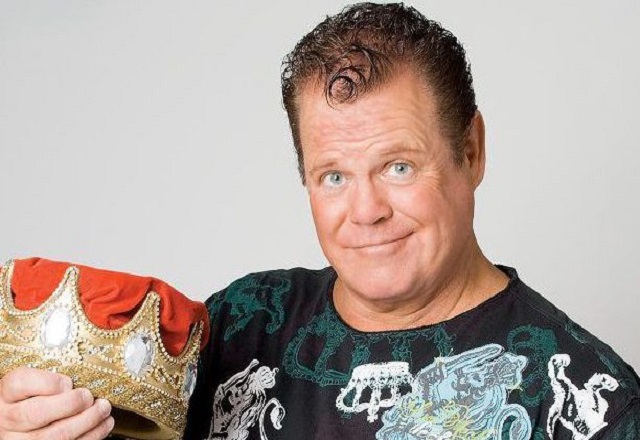 WWE Hall-of-Famer Jerry Lawler took to Twitter a few days ago to post a personal motto: “You should live like there’s no tomorrow…cause one day you’ll be right.” And Lawler ain’t just whistlin’ dixie.

The 70-year-old pro wrestling legend posted a photo accompanying the motto of himself posting at a public beach without wearing a mask.

It’s not that Lawler doesn’t support mask wearing. Back in June, Lawler participated in a television ad campaign to convince residents of Memphis, Tennessee to wear masks during the coronavirus pandemic.

However, one does have to wonder if Lawley is contradicting that message by taking photos at public places without a mask, even though it’s unknown whether he might or might not be wearing one off camera.

But as we all know, with many states opening back up, the pandemic is over now. Wheee!

At the start of the pandemic, Lawler was still appearing on WWE Raw, but the company apparently thought better of the bad publicity they could receive if they endangered the wrestling legend’s health.

Lawler’s tweet did receive the support of both members of WWE tag team The Iiconics.

However, it’s worth noting that one half of that team, Billie Kay, was absent from Monday’s edition of Monday Night Raw. The reasons stated on WWE programming is that Kay had “other business” to take care of, but WWE is notoriously secretive about which talent have tested positive for COVID-19 in the wake of an ongoing outbreak that, as of a few weeks ago, had affected 30 workers.

United States Champion Apollo Crews, for example, reportedly tested positive for COVID-19, but WWE claimed he missed his recent PPV title defense due to doctor’s not clearing him for an old kayfabe injury.

So really, unless someone comes out publicly and says so, there’s no way of telling who is and isn’t affected.