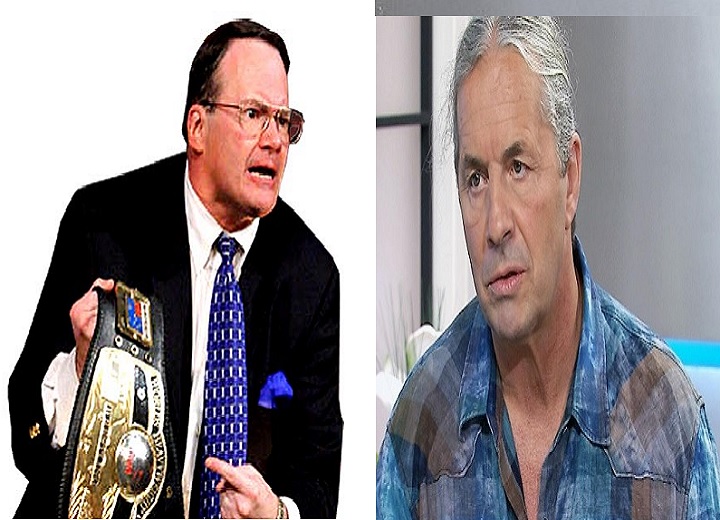 Bret Hart’s career is undoubtedly legendary, but there is a perception that the events and tragedies that hit him starting with the Montreal Screwjob — Vince McMahon’s betrayal, his misuse by WCW, Owen’s death, his career ending due injuries suffered at Goldberg’s hands (or rather, feet) and so on — have left him bitter with the wrestling industry even after he buried the hatchet with McMahon, Shawn Michaels and others.

Asked about the situation, Cornette said he doesn’t believe Hart is regretful about his career beyond his last year in WWE before the Screwjob and scoffed at the idea that Hart is bitter. You can see highlights and the full video below:

On if Hart looks on his career with more regret than pride: “I don’t think — he doesn’t look back at his career with regret. He had a great career, and he did a lot of things that he was proud of and accomplished things. Maybe he regrets that he doesn’t own the whole video library, ’cause at least he got the Stampede stuff.

I think he probably — if anything that he would regret, he probably regrets the whole interaction with Vince the last year there [in 1997]. It could have gone so much better for everybody.

And anybody would regret going to WCW when they got handed the actual hottest pro wrestler on the planet and made him a special referee and they had no creative … he might regret that certain section, but Bret did a lot of s**t and will tell you himself, he was very over.

Not only in the states but in Canada and around the world. So I think he’s pretty proud of most everything.”

On if Bret is bitter: “Well I mean — everybody says ‘Oh, he’s bitter, bitter!’ Grumpy, cranky? I know many things that I’m grumpy or cranky about, but not bitter.

It just [becomes], ‘Ah, f**k, I can’t believe they f**king f**ked that up,’ or whatever. That’s not really bitter, that’s just grumpy and cranky.

Bret’s the serious one, he’s never been the Jolly Joker like Owen was. So I think Brett’s — every once in a while, he’s just cranky about certain s**t. But I don’t know about bitter.”