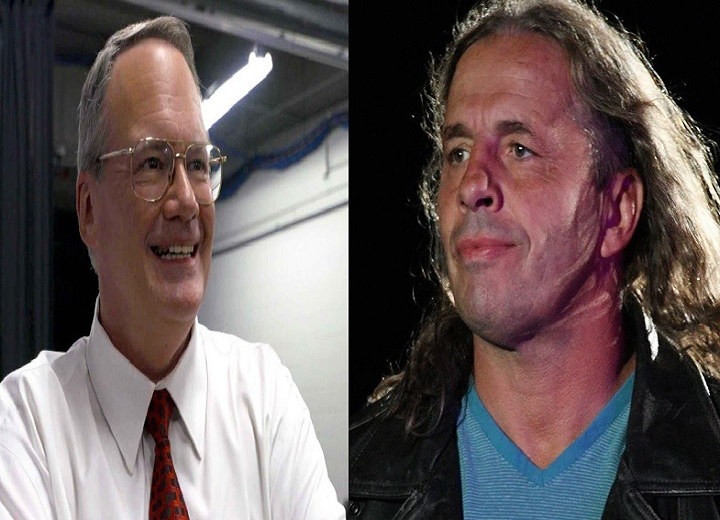 During the latest edition of his “Cornette’s Drive-Thru” podcast, Jim Cornette commented on Jake Roberts saying that Bret Hart & Shawn Michaels were the worst WWE Champions of all-time. You can check out some highlights from the interview below:

On his immediate reaction to Roberts’ comments: “Good God. Well one thing is, I understand Jake not liking Shawn, cause that would be a large club he’d be a part of. But I wonder where the heat with Bret comes from. When you say s**t like that, obviously he’s mad at both of them.”

On Michaels and Hart’s main event runs: “I mean, we know what the story is. Shawn was the best performer as far as performing of the f**king 90’s, he was just a prick to deal with and a complete a**hole and always pilled up or having a problem.

He was selfish and didn’t want to put anyone over except for the members of his little treehouse club called the Kliq. Bret was a better technical worker than Shawn, but not as flamboyant with all the moves. But he liked it that way cause it fit his personality because he was more serious.

Which, through no fault of wrestling’s own, bad management from TBS and Vince — the steroid trial and just cracking up there in the first half of the ’90s, s**t was down.”

Vince McMahon, left, robbed Hart of victory in Montreal in what has become known as ‘The Montreal Screwjob’

And he had the worst matches. And Jake himself saw the Ultimate Warrior. He was there for Warrior. And Warrior may have drawn money, but he was abysmal in every facet of f**king wrestling.”

On both Hart and Michaels’ talents in comparison to Roberts: “Let’s be honest again. Neither Shawn or Bret could do a promo like Jake in his day.

And Jake psychologically was equal to Bret as a worker and probably ahead of Shawn, psychology-wise because Jake’s s**t would make more sense. But as an athlete and in ring performer, both Shawn and Bret in their sleep could have better athletic matches than Jake.”

On Roberts never becoming champion: “And Jake also never got a run with the belt. Not because he wasn’t over at the time, but probably, mostly because — besides the fact that his heyday cane under Hogan and they weren’t gonna take the belt off of Hogan.

He may be mad because, he may say ‘They trusted Shawn Micheals with his goddamn belt and they didn’t f**king trust me with it? How bad was I?’”

On Roberts’ assertion that Hart and Michaels were too small to be credible champions: “Well, bigger — Bret could have probably kicked the s**t out of Jake at probably any point in his f**king life unless Jake got his hands on an equalizer. So that doesn’t hold water.

And let’s face it, unfortunately for himself Shawn Michaels couldn’t whip anybody in a real fight as proven with every single fight he’s ever gotten into with everybody in the business.

But at least he was six feet tall and he was about f**king two — or you could announce him at 215 or 220. It was acceptable, especially given the challengers or the opponents that he had at that time.

Jake was never that physically f**king impressive. He’s big cause he got his dad’s f**king height. So it’s — if i could even say that Shawn Michaels was a great worker in his way all all around, acknowledging that he was still a f**kng prick, then certainly Jake can unless he’s jst made.

When you say something like that. I’d love to say Shawn Michaels was the s**ts. But I can’t, because everybody would know I was a goof if I said that. I’d be lying.

And Bret was f**king very f**king good. Very f**king good, better in the ring than Jake. Maybe not the getting the most out of the least, but Jake also had help from a 15 foot f**king snake.

So it’s got to be personal, because you wouldn’t say that otherwise. Look at the other people who have held that belt since then, for f**k’s sake. The Miz, The Miz was a f**king champion! You’re going to knock Bret Hart and Shawn Micheals? They put the belt on Miz!”