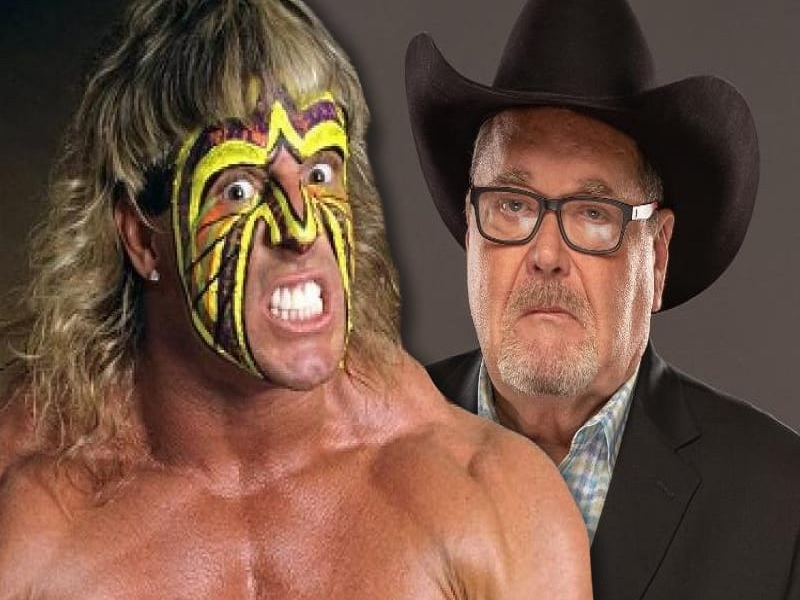 In a recent interview, WWE Hall Of Famer Jim Ross revealed shocking information about fellow WWE Hall Of Famer James Hellwig, popularly known as ‘The Ultimate Warrior‘. JR points us back to the time Hellwig filed a lawsuit against Vince McMahon and WWE. This was due to the unauthorized use of one of his catchphrases to sell their merchandise.

Jim Ross thought that the lawsuit was unnecessary and uncalled for. He says that the way and reason it was filed made it clear that Hellwig was doing it for the money. Hellwig had apparently invested poorly and didn’t save well enough and was now in a financial crisis. He needed the money and was hence pulling out all the stops.

JR then mentions the strategy of Ted Turner, owner of rival promotion WCW. Ted Turner had the habit of always settling lawsuits with money, ending them at the root. This gave him leverage and space to negotiate terms. It also saved a ton of his time.

“Vince may have taken a page out of that book-,” says JR, “-without you know inadvertently, ‘Let’s just get this off the books, let’s move on I got things to do, I’m busy and this guy’s gonna be a pain in the a** as he is’. That’s why I was shocked when he came back right before his passing.”

Vince McMahon had more important matters to deal with in WWE

JR explains how McMahon may have used Turner’s method and let the entire issue slide off his mind. He didn’t take it upon himself to win the lawsuit but agreed to pay. Obviously hurt by what Hellwig had done, McMahon had better things to do on his time. JR says that he was shocked that Hellwig decided to come back before he passed away, considering the bitter way he left things at WWE.

“Again, I’ve said this before on the show. I’m not a big fan of the Ultimate Warrior never was and never will be. I think he has a beautiful family and I wish them nothing but the best, god bless them.  “They had to live with him and his craziness and idiosyncrasies and now be alone-tough. A goddamn tough hand to be dealt but he was not a good person in my estimation,” reveals JR.

However, he does have respect for Hellwig’s family and sympathizes with them after losing such a dynamic person. He surprisingly states that in his perspective, Hellwig was not a good person!

“In my opinion, Jim Hellwig was not a good person and I think this it’s not the lawsuit that created that emotion in me- other things,” says JR.  “His lack of respect for different people, I just… you know so it was just time away from work that Vince had to deal with that wasn’t worth the hassle, to win a lawsuit that was frivolous to start with.”

He maintains that Vince McMahon had to spend a lot of time away from work to deal with a lawsuit that wasn’t worth it. Hellwig had pitched a small battle for money, which went a huge way in shaping Ross’ and McMahon’s image of him.