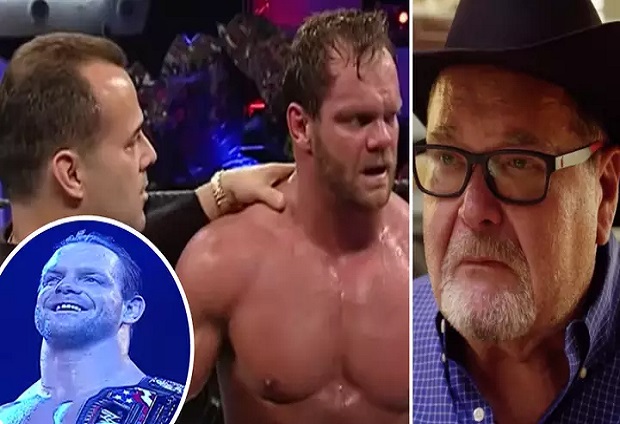 Legendary commentator Jim Ross has argued that former pro wrestler Chris Benoit “does not belong in the Hall of Fame now or ever.” Benoit shockingly killed his wife and son before taking his own life in a double-murder and suicide in 2007.

And the ex-WWE and WCW superstar has been the focus of a two-part documentary from Dark Side of the Ring, which dropped last week and was met with widespread praise.

Ross, who enjoyed a prolific career with WWE, was one of the industry names brought in for the interviews in Viceland’s documentary on the Benoit tragedy.

However, the 68-year-old AEW commentator and senior advisor slammed the idea that Benoit should ever be inducted into the Hall of Fame.

‘JR’ explained: “Chris Benoit does not belong in the Hall of Fame now or ever, simply because the last 48 hours of his life is what everybody would want to focus on, they don’t want to talk about Brad Armstrong and Chris Benoit having a hell of a wrestling match at Clash of Champions.

“I don’t think he would like that. Is his skill set good enough to go into the Hall of Fame? Oh my God, yes. Is it all about your skill set? No, it’s not.

“He would be a distraction and unfair to the other talents being inducted and their families.”

Joining Ross in the documentary are the likes of Chavo Guerrero, Dean Malenko, Vickie Guerrero and Chris Jericho.

Jericho, who also narrates the documentary, pointed out the important difference in the legacies of Benoit and WWE legend Eddie Guerrero.

“You had two guys that were the same, immaculate professionals, the nicest guys and they both died very young,” he explained.

“One’s legacy is acclaim and one’s is buried so that you almost cannot say his name.

“If you think that when you die that his body of work would be erased from existence, it would of broke his heart.”

WWE legend Chris Jericho, who is currently signed with AEW, has hit out at critics suggesting that the documentary is “glorifying a murderer.”

And David Benoit, who came from Chris’ first marriage to Martina, has opened up about the emotional pain he poured out about his father’s death.

Chris Jericho: “Triple H and I don’t have much likeness for each other”