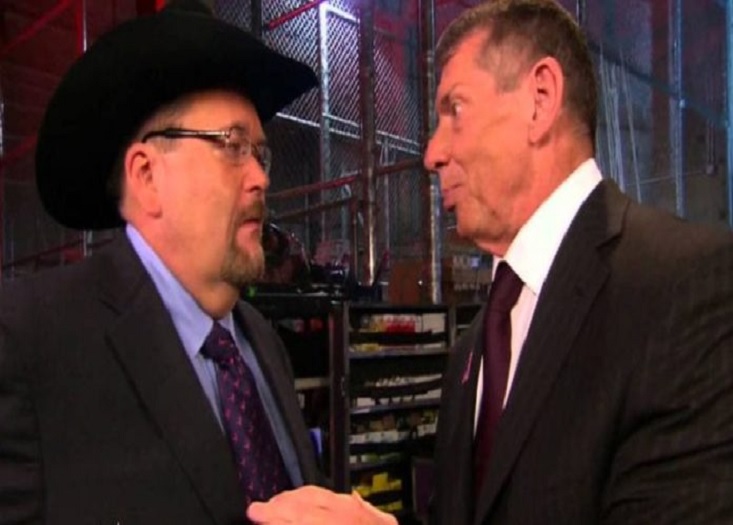 Jim Ross has reiterated that he does not believe Vince McMahon will ever step down from his role as President and CEO of WWE.

However, he has admitted that his former boss is “no spring chicken” and that his health is the only thing that will prevent him from working.

75-year-old Vince McMahon is ultimately responsible for the biggest on-screen decisions in WWE, including match results and storyline developments.

Ross, who joined AEW in 2019, worked in various different roles for Vince McMahon for 22 years.

Speaking on his Grilling JR podcast, Ross said that Vince McMahon now works the same way he did when he was 25 years old.

The WWE Hall of Famer also clarified that he does not take Vince McMahon a step back from his busy schedule.

“YOU SOMETIMES WONDER HOW INTENSE HE IS AND HOW BUSY HE IS AND THE RESPONSIBILITIES HE HAS IN RUNNING A LARGELY PUBLICLY TRADED COMPANY, IF THAT’S GOING TO BE TOO MUCH,” ROSS SAID. “I DON’T KNOW THE ANSWER TO THAT QUESTION. I’M MUCH MORE CONCERNED ABOUT HIS HEALTH THAN BEING ABLE TO RUN THE COMPANY, BUT HE WILL RUN THE COMPANY UNTIL THEY BURY HIM.”

Ross said that Vince McMahon would not be happy if he sold to WWE, which is why he may never see this happening.

He said that Vince McMahon has an “unbelievable work ethic” that has made the company and the president of WWE so successful.

While Jim Ross does not think Vince McMahon will fall short behind the scenes, the same cannot be said for his on-screen WWE character.

Former SmackDown Executive Director Eric Bischoff revealed in October 2020 that Vince McMahon did not want to appear on Fox in the first episode of SmackDown.

According to Bischoff, Vince McMahon realizes that, due to his age, his strength and credibility as a character is not what it used to be. Finally, Stephanie McMahon persuaded her father to appear on television that night.