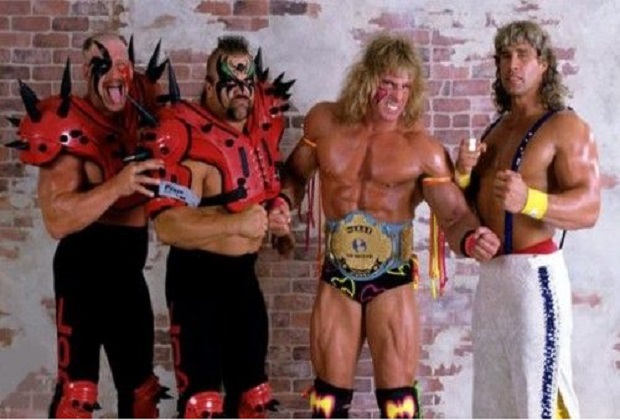 Wrestling great has been blunt, saying he doesn’t like The Ultimate Warrior owing to a number of attitudinal issues. Hence, while talking about the precedent of the Road Warriors,  he has described Ultimate Warrior as “poison” and a “cancer”.

On recent episode of “Grilling JR,” Jim Ross and Conrad Thompson discuss the career of The Ultimate Warrior.

They go through his days in Memphis and Mid-South, his early days in the World Wrestling Federations, the different times he had a falling out with Vince McMahon, steroids, and much more.

Jim Ross talking about the early days of Ultimate Warrior in Mid-South Wrestling: “The precedent of the Road Warriors, their image, how they were marketed, they were hot, they were topical. We had a younger version of that (Sting and Warrior). That was no accident.

That is not something we were trying to hide. They were our version of the Road Warriors.

They were quite the attractions the first time around. It was easier to see who was the better prospect in that duo.

It wasn’t Warrior. It was Sting. Hellwig, I don’t know if introverted is the right term to say it, but he didn’t factor in to the rest of the roster.

He always seemed to be out of place in that locker room. He wasn’t from a team sport. He never played sports.

He was not a locker room savvy guy on how you conduct yourself with other talents. It seemed like this was his plan B or plan C for him.

Something not what he set out to be, but the route took him there because that was his best alternative at that point in time.

He needed the spotlight on him. He didn’t last long in Mid-South. He traveled to Dallas and got hooked up with Gary Hart as the Dingo Warrior.

He never seemed to me that he was happy. I never saw him on a happy day. I don’t think he was built for the locker room. It’s very consistent.

He didn’t change a lot. I always thought he was a downer. I didn’t think he was a team player.

It was all about him. He was very outspoken about political issues that he had no business bringing into the locker room.

People knew he was a little strange. He went to Dallas and got reinvented, I guess, as a single, under the guidance of Gary Hart.

Then WWE sees him, and says, oh look at that jacked up guy. We have to have him.”

Ross talking about Bobby Heenan not liking Ultimate Warrior: “He did not like Warrior. Heenan of course was Mr. Congeniality. Everybody loved Bobby.

Bobby made sure he was friendly to people. Bobby was proud to be in the wrestling business.

Bobby was proud of his location. He was as good in his role as anybody I had ever seen. But, Bobby did it (work with Warrior) because he was a company guy and he wanted to show all the boys that even though I don’t like this prick, I’m going to make him look good because that’s my job.

That’s what I’m asked to do. Bobby likes pretty much everybody.

I’ve never talked to anybody in my career, and I’ve been around these guys from the beginning, heard anybody talk glowingly about him. He wasn’t a good guy.”

More comments from Ross about Warrior: “He was a problem child. He had a limited skill set. I’m not going to fall in love with this 8 by 10.

Why do you want to bring in a poison in your locker room who has marginal wrestling skills who always wants something different, something better.

He was irrational. Again, the cancer in the locker room, there was enough of those. You already have enough of them just based on the normal course of business. You eliminate the cancers. You don’t want that in your locker room. Sometimes you have to bite the bullet.”

Ross talking about Warrior, the family man: “Seeing him be the family man at the Hall of Fame said a lot. In all the negativity I said here on the show, more than on any show we’ve done, I’m only being honest folks on my personal experience with this guy.

But at the end of the run, he made himself whole with me. I saw a different side of him that made me proud of the father that he was.”

Video: Paige Dances CRAZILY As If No One Is Watching Her