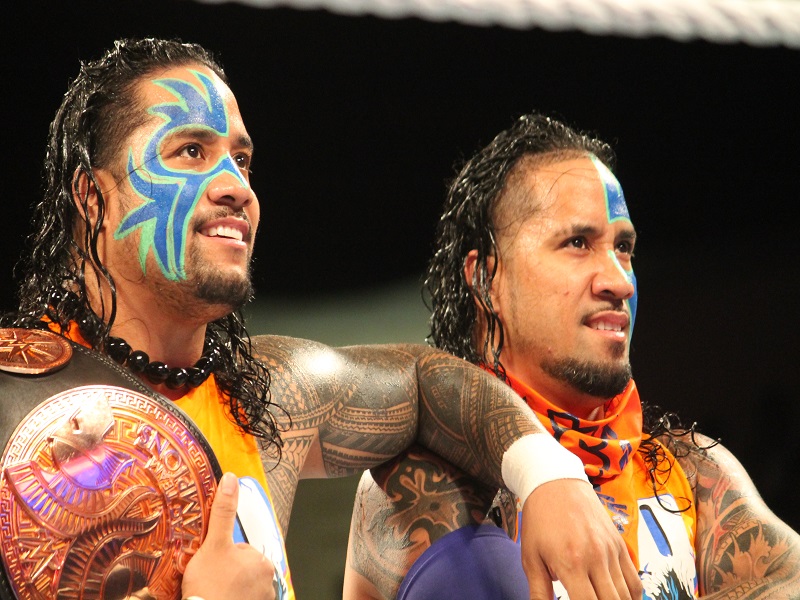 WWE has a lot of talented tag teams on their roster, but it’s not often that a team can last too long without breaking up. One team that has been together for more than a decade now is the Usos.

Jey and Jimmy Uso found their niche in WWE early on in tag team wrestling and over the decade together has evolved their gimmick to suit the era of the company that they were working in, and have even worked together with their cousin, Roman Reigns.

Now, throughout this time, The Usos have won multiple WWE Tag Team titles and have stayed fresh. However, on their recent appearance on an episode of Table Talk, Jimmy and Jey Uso talked about splitting up and having separate runs in WWE.

Jimmy Uso admitted that they had never been approached by WWE with plans to split up. He admitted that he felt that they still had a lot more to do as the Usos and as a part of a tag team.

“Honestly, I don’t think they’ve ever approached us with that,” Jimmy said. “We’ve never thought about it. I’ve told [Jey] that we can be the only tag team in history that never splits up. They’ve never came to us about splitting up, and we still feel like we have a lot to do as a tag team.

We still feel like we’re rocking the tag team division. We still love tag team wrestling. It’s fun when you have two cats in there killing it, but with tag teams, you have four! You just doubled the fun.”

Jimmy Uso went on to add that if the Usos did split up, he would like to face his brother in a match and talked about how brothers often had some of the best matches in WWE history.

“If we did split, I’d love to go against my brother,” Jimmy continued. “We have always said, if we split, we don’t want to go drink anything with somebody else. If I ever split, it would be against him, and just like when Bret and Owen went against each other in the steel cage, watching brothers do that, that’s got to be cool.