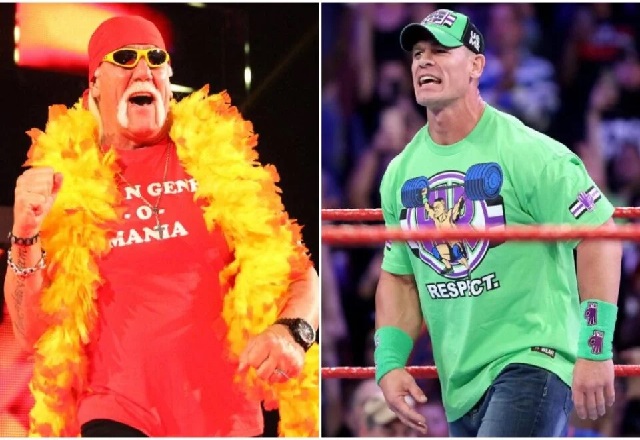 We have seen several matches between WWE’s biggest stars from different generations throughout the years, but one we’ve never seen is Hulk Hogan vs. John Cena.

However, the match was apparently supposed to happen at WrestleMania XXV back in 2009, before plans fell through. In various interviews in 2009, Hogan revealed that he’d have wrestled John Cena for the World Heavyweight Championship at WrestleMania if he hadn’t been struck by injury, via Bleacher Report:

You know what, I was supposed to wrestle John Cena for the title, and about four weeks ago I had back surgery. Hogan explained that he was speaking with Vince McMahon about wrestling Cena on the show, but unfortunately had to go for emergency surgery for a back issue, so the match was called off:

Vince and I were talking about how much involvement I wanted to have in Wrestlemania, and if I wanted to keep wrestling, and out of nowhere my back just got really crazy. I went in for an MRI and I had to have some emergency surgery that threw me out of the game. I was kind of flipped out about it, I thought I’d be the main event this year.”

WWE didn’t end up booking the match for a later date, and given the fact that Hogan hasn’t wrestled a match for WWE since 2006, it seems incredibly unlikely to ever happen.

Instead, John Cena faced Edge and The Big Show at WrestleMania XXV in a match that fans don’t particularly look back on too memorably.

See Hulk Hogan’s Real Intentions Behind Putting Ric Flair Over as the GOAT: “He’s a Lot Smarter Than Chris Jericho”