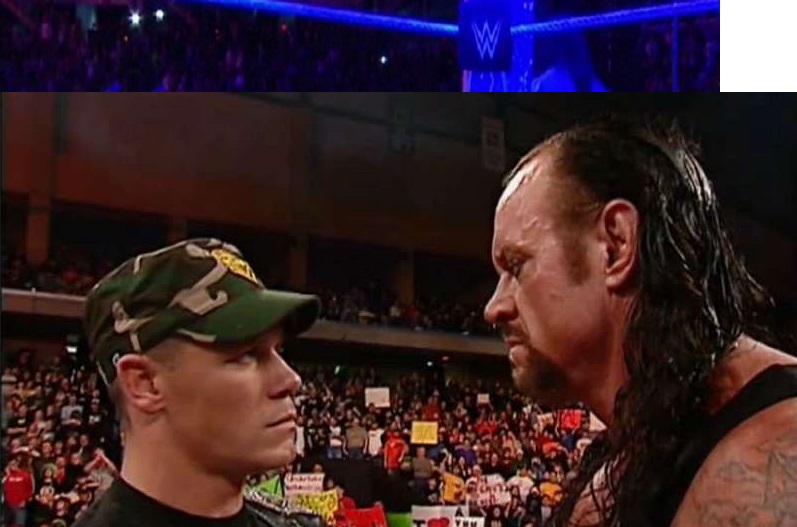 WWE legends including John Cena, The Rock, Triple H, Shawn Michaels, Trish Stratus and others also paid tribute to the legend on the occasion, with some hailing him as “the GOAT”.

While Shane McMahon called The Undertaker a “true friend,” Triple H and Shawn Michaels reminisced the iconic rivalries they had with the legend in the WWE ring. The Rock, on the other hand, claimed that he was in “awe” after watching The Phenom perform live for the first time.

A few hours before The Undertaker farewell, John Cena took to Twitter had shared a heartfelt message for The Phenom.

The 16-time WWE Champion thanked Undertaker for all the in-ring moments that the legend has given the fans.

The Undertaker played an important role in John Cena’s early career as he bumped up his character and followed that up by feuding with him a few times.

Their last face-off took place at WrestleMania 34, where The Dead Man returned and defeated him in less than three minutes.

After three decades of @undertaker committing wholeheartedly to the @WWE, tonight we bear witness to the end of an extraordinary body of work. For all the in ring moments and as a member of the @WWEUniverse, I say #ThankYouTaker! #SurvivorSeries #Undertaker30

”Time to let The Undertaker rest in peace” – Mark said…

”I was pissed” – The Undertaker Confronted Vince McMahon