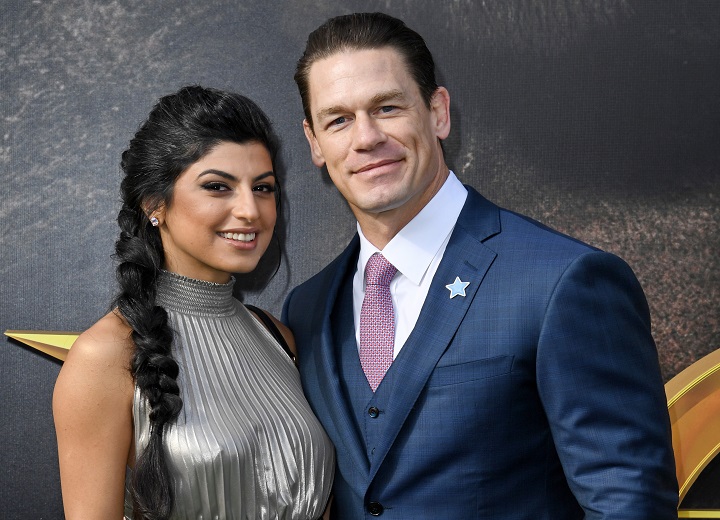 John Cena is finally “ready to be a dad” now that he’s married to Shay Shariatzadeh.

One tabloid insisted the famed wrestler was eager to start a family with his new wife, especially after seeing how happy motherhood made his ex Nikki Bella. Gossip Cop looked into the report and can clarify it.

Recently, it was reported that John Cena and his new wife, engineer Shay Shariatzadeh, were looking to expand their family. One source told the outlet the pair hoped to get pregnant by the end of the year.

Though the tabloids acknowledged that Cena spent years “being on the fence” about whether to have kids, it now alleged that the WWE star was “already gearing up for fatherhood.” A source shared,

He’s ready to be a dad, and that’s one of the reasons they rushed the wedding. The newlyweds were “not wasting any time,” the source continued, and they “hope to have some good news before the year is out.”

Cena was previously engaged to fellow wrestling star Nikki Bella until the two split in 2018. The main issue that led to the pair’s breakup was the question of whether or not to have kids.

The tipster asserted that Cena had “previously flip-flopped over kids so many times,” but now, “he can’t imagine anything greater.” That change of heart was, ironically, credited to Bella, who welcomed a son in August.

He sees how much Nikki loves being a mom and how happy his dad friends are. He and Shay both want a big family.