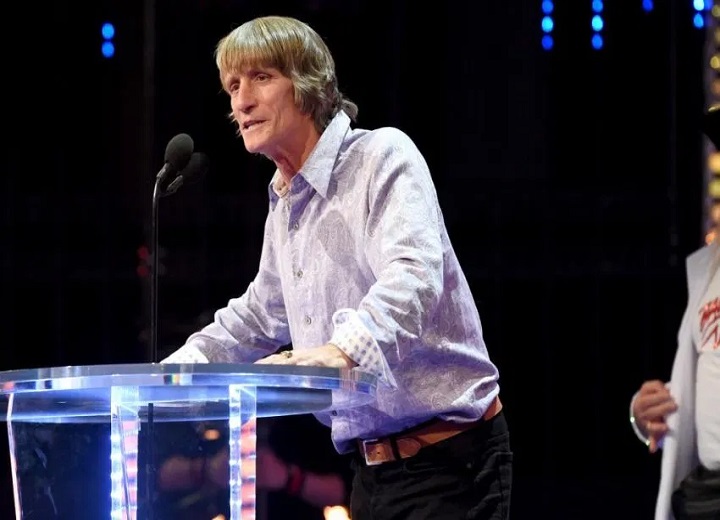 During the 1980s World Class Championship Wrestling experienced its greatest success and some even thought it could eventually compete with the then-WWF. That proved to not be the case as WCCW went out of business in 1990, but there is another wrestling promotion on the scene trying to compete with WWE in All Elite Wrestling.

In Case You Didn’t Know

Kerry Von Erich faced Ric Flair for the NWA World Heavyweight Championship inside of a steel cage with Michael Hayes acting as a special referee.

The Von Erichs and The Freebirds

Kevin Von Erich, whose father Fritz was the owner of WCCW, talked about AEW and Cody when he spoke to Wrestling Inc. on WINCLY podcast.

“I love that kid; I love his family,” Von Erich said of Cody and the Rhodes Family. “That kid is a good businessman and I expects big things from him. We’re gonna have a new day in wrestling and a bomb is ticking. It’s gonna go off and it’s a great company to wrestle in.”

Von Erich’s and Dusty Rhodes’ paths didn’t cross that often back in the day, but the two did get along when they were paired together.

“Everybody loves Dusty and he’s the kind of guy that’s impossible not to like. We didn’t wrestle each other very often because we were both good guys. But we were in tags and were in Japan but we’re all family and know each other pretty much,” said Von Erich.

“That’s what got me excited about MLW – all the second generational wrestlers. These are guys whose hearts are after wrestling.

I wanted to be just like my dad and that’s natural for these guys to want to be like their fathers.

These second generation wrestlers just have a little something extra they bring to the table and it’s a beautiful thing to watch.”

The wrestling styles of today are much more athletic and acrobatic than during Von Erich’s day and he talked about what he likes and what he doesn’t like with today’s styles.

“I think it’s changing all the time and I think that’s natural. For instance, I don’t like the barbed wire and broken glass in the ring. I want to get in the ring and beat my opponent – that’s what my dad taught me to do,” stated Von Erich.

“I don’t wanna get in with that junk. I’m sure there’s a demand for that but there’s a risk losing your eye or something like that. There are just better ways to make a living.

“My brothers and I wanted to change this business by making [wrestling] faster, more aggressive and two-to-three times more intense. We weren’t stuck on 20- or 30-minute matches; 15 minutes is a good time for a match. Quality not quantity… The acrobatic stuff – I don’t like that.

It has to be all about beating your man. Your opponent is No. 1. Doing tricks – that may just happen in the match but I don’t think you should get in there and do acrobatics.

My dad told me to not be an acrobat as a kid and I tried not to be. Just beat your man and how it comes about is okay with me.”

Von Erich’s sons, Ross and Marshall, recently joined MLW despite offers from other promotions. Their dad talked about why MLW is the right company for them at this time.

When you go to WWE, it’s gonna be everyday for months on end and they don’t wanna do that right now.

They live in Hawaii and they are with their dad and learning stuff and traveling all over the world.

“MLW is a bunch of hungry, young, killer cats and that’s what I want my boys to be. They’re gonna make exciting shows and keep the people watching.”

Ross and Marshall represent the third generation of the Von Erich Wrestling Family and Kevin talked about what’s next for the Von Erichs.